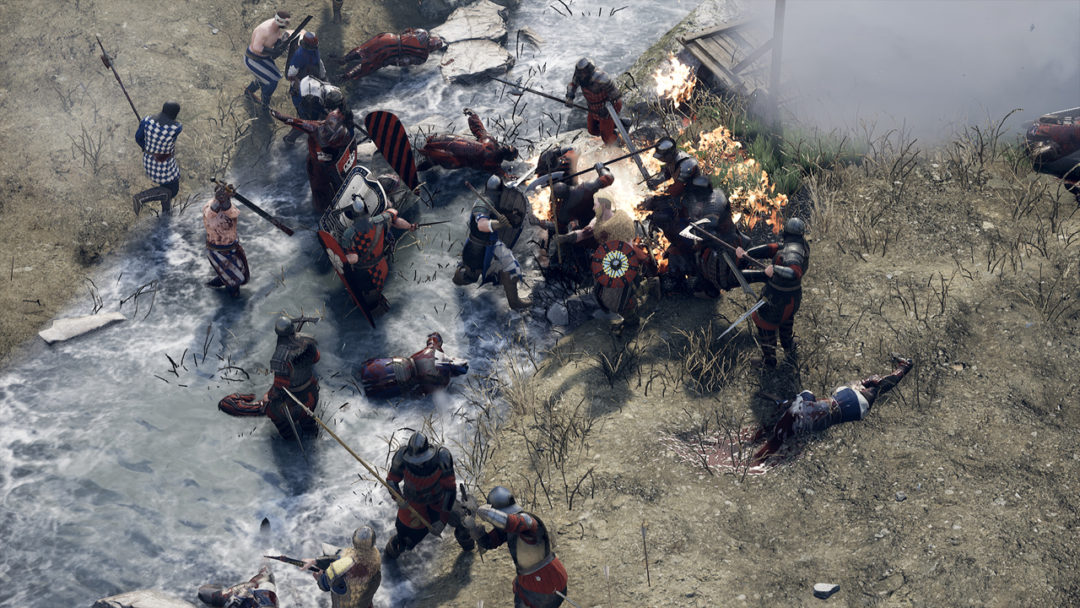 Mordhau‘s toxic community must self-regulate. Developer Triternion’s popular multiplayer medieval slasher garnered positive buzz due to its strategic combat, castle sieges, and cavalry charges, but the rampant bigotry within Mordhau‘s unruly online community may be undermining the title’s gameplay achievements. According to a blistering report by PC Gamer, Mordhau‘s player base is entrenched with racism, sexism, and homophobia, and Triternion is unwilling to deal with an unruly fandom regularly slinging slurs with near impunity.

Triternion’s rationale for the lack of punitive measures is varied. They are a small independent studio trying to gather a foothold in the business. For a developer of a sales success like Mordhau, there is only so much that a team with limited personnel can accomplish in terms of moderating a massive online community.

This reasoning, however, doesn’t explain why publicly visible and obscene offenders aren’t either banned or have offensive threads deleted. The PC Gamer report notes that one of the most popular threads on Mordhau‘s official forum is titled “Post your kniggas,” yet Triternion doesn’t see the problem.

“It is one of our longest and oldest [threads], as well as among the most active threads on our forum, full of creative loadouts from our community,” Triternion’s Andrew Geach told PC Gamer. “As for the title itself, we as a team don’t find it racist or offensive, and considering the thread’s content, we find it even less so. We do understand however that some people may interpret [the racist thread title] as being racist or inappropriate if taken out of context.”

As a result of Triternion’s simultaneous inability to moderate itself and to know a flagrantly offensive remark when they see one, the task of regulating Mordhau‘s bigoted community is up to Mordhau‘s bigoted community. “We want to put the power in the players’ hands,” said Mike Desrosiers, an artist who worked on an update for a new mute function sans a filter. “If we take an official stance and we put an official filter list on all the words in chat, people will, first, find a way around it, and it might catch innocent words, or people might claim we’re censoring. So we’d rather put the power in the players’ hands.”

Triternion seems fearful of upsetting Mordhau‘s cringe-inducing online ecosystem. The game’s only playable characters are currently white men, but with the planned future inclusion of female and nonwhite characters, Triternion is pondering a toggle feature that can make all avatars white men for the sake of historical realism in a game where players don’t defecate themselves when dying. The Mordhau Twitter account denied the toggle function, but PC Gamer updated the Mordhau report with a transcript from their interview with Geach and Desrosiers that contradicts the studio’s denial.

The Mordhau debacle is emblematic of wider problems in the video game industry. This beloved pastime is being corrupted by an audience’s aversion to the diversity of human experience in artistic expression. This hobby is being tainted by companies like Triternion that are either unwilling or fearful of protecting marginalized people from online abuse because doing so may anger Mordhau‘s more volatile player base and their respective cash. Tearing bigotry out root and stem from a popular online game isn’t revolutionary, just common sense.