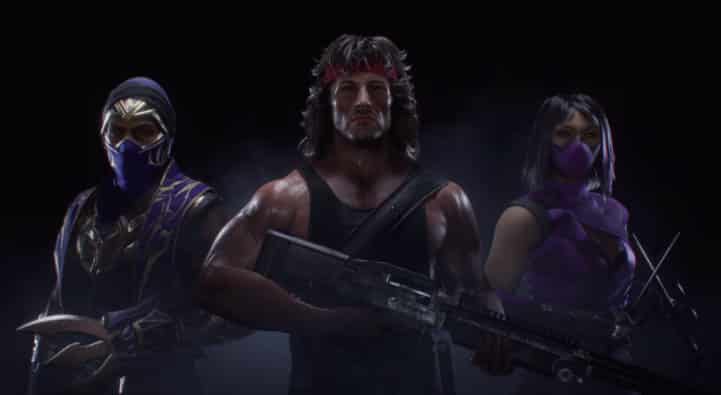 The train of post-launch additions to Mortal Kombat 11 is rolling on, this time with new DLC fighters as well as PlayStation 5 and Xbox Series X | S versions. NetherRealm Studios has released an announcement trailer for Mortal Kombat 11 Ultimate, which will launch with all of the game’s previously launched content on Nov. 17 for $59.99. It will also contain new fighters Mileena, Rain, and John Rambo in the form of Kombat Pack 2. You can watch the gory trailer below, and if you were curious, yes, that is in fact Sylvester Stallone reprising his role as the ‘80s action hero.

If you own any version of Mortal Kombat 11, you’ll be able to upgrade to a next-gen version of your game for free. NetherRealm is adding more than just new content with Mortal Kombat 11 on PlayStation 5 and Xbox Series X|S, though, as all next-gen versions of the game will feature 4K dynamic resolution, enhanced visuals across the board, significantly reduced load times, and cross-play and (for select modes) cross-gen support.

If you’ve lost track of all the content launched for the fighting game since its release in April 2019, Mortal Kombat 11 Ultimate comes with the base game, the Aftermath expansion story DLC, and 12 DLC fighters: Shang Tsung, Nightwolf, Sindel, The Joker, Terminator T-800, Spawn, Fujin, Sheeva, RoboCop, Mileena, Rain, and Rambo. This is in addition to nine skin packs, seven exclusive skins, and the next-gen general enhancements, making this version of the game quite the package for fighting game fans.

Digital preorders begin Oct. 15 for $59.99 and immediately net buyers the original base game, Kombat Pack 1, and the Aftermath DLC on a console of their choosing. Kombat Pack 2 will also be available for preorder separately on the same day for $14.99. PlayStation and Xbox physical versions of Mortal Kombat 11 Ultimate are planned to arrive in the Americas sometime in January, while Nintendo Switch owners will only have access to it digitally.