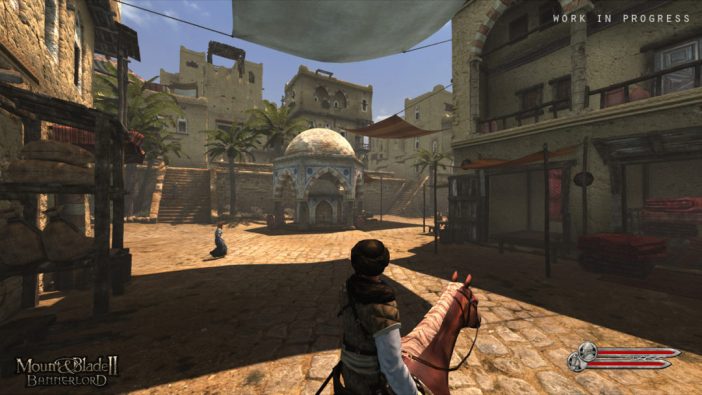 The Mount & Blade II cinematic trailer showcases a castle siege along with fights involving infantry and cavalry across a wide variety of terrains. Bannerlord is the first true sequel to the Turkish medieval action RPG, which was released in 2008.

TaleWorlds is currently demoing Bannerlord at Gamescom, showing off the game’s large-scale battles and sandbox campaign. They’ve also introduced Captain mode, a form of PvP where players control a unit of AI troops and a commander that fights alongside them. The developers promised in an Aug. 15 blog post that this will be one of several multiplayer options for the game.

In Mount & Blade II: Bannerlord, PvP players will be able to choose from three classes: infantry, ranged, and cavalry. Each option will have distinct strengths and weaknesses, which are meant to create an experience focused on communication and coordination among players along with experimentation to adapt to changing situations.

Some of the features have been adapted from 2010’s stand-alone expansion Mount & Blade: Warband, though significant changes have been made. While Warband gave players money that could be spent on equipment to improve teams, Bannerlord players will instead receive points that can be spent to access certain classes or add respawns. This will provide some advantages but avoid the big differences that could be caused by one team having superior gear.