A 90s sitcom starring a female gamer? Sounds like a myth.

E3 is this week, and since The Escapist is predominantly a video game site it means we’re all working just a little harder. For example, I had to work exactly hard enough to figure out how to get an E3 reference into the first sentence of a TV column – and then I failed at that, and opted for my old standby of just being glib and “meta” about it. E3. E. 3. Letter E. Number 3. E3.

Heh. Y’know, I just now noticed that a capitol “E” and a “3” are shaped similarly enough that it sort of looks like “E” is a an uptight/straight-laced alphanumeric hanging out with its wild n’ crazy twin sibling. “He’s an E. He’s a 3. E3: They’re detectives!” E3.

…this is how you do “SEO,” right? I’m exactly old enough for my journalism schooling to have not included that.

A big thing that’s different about E3 today from when it debuted in 1995 (previously, what passed for “big video game news” would break with all the other gizmos at CES) is that I’ll probably hear about it from news outlets other than gaming sites. Depending on the size/scope of whatever is to be announced, the E3 “event” will be covered by mainstream news outlets; and while I know we’ll all have a laugh at the mangling of titles and names by anchorpersons or whatever shtick Jimmy Fallon or Conan O’Brien opt to wring out of the proceedings… I imagine some of my younger readers don’t really know how recent a development that is.

In the 80s and 90s, despite the massive popularity of gaming, particularly among the youth culture, they had very little actual presence in the popular culture. The 70s/80s arcade craze yielded a few movies on the subject (some really good, others decidedly not) but in general you didn’t hear much about them – especially in media aimed at the very kids for whom gaming was increasingly the defining new pastime of their generation.

Remember: This was a world before the Internet, so when it came to trends even slightly outside the purview of the mass-media if you weren’t already “in” on something you probably didn’t know about it. So children, as depicted on television, mostly acted like they might have when the middle-aged adults writing the shows were kids themselves. The fictional children of my own youth still played “Cowboys & Indians,” a trope my generation was already evolving out of. “Edgy” Bart Simpson carried a slingshot and hero-worshipped a local TV kiddie show host. The Muppet Babies doing a Star Wars parody might well have been the first time it even occurred to me that you could even do jokes about contemporary popular culture.

So, even though kids all over America were choosing up sides over Sega and Nintendo in the early 90s, their supposed fictitious peers on TV mostly lived in a world without either of them (unless the show was about games, of course). And if games ever did figure, it usually wasn’t positive – after all, gaming made a convenient boogeyman for letting TV do “go outside and exercise!” lessons without running down their own product. Even TV’s “nerds,” who wielded their mysterious Home Computers like dark magic, didn’t tend to use them for games. Video games weren’t a hobby or a plaything, they were an addiction of losers and social pariahs. (And remember: 4Chan, /v/, Reddit and NeoGaf didn’t exist yet; so it’s not as though this stereotype was based on widely-
observable behavior.)

And then there was Clarissa Darling. 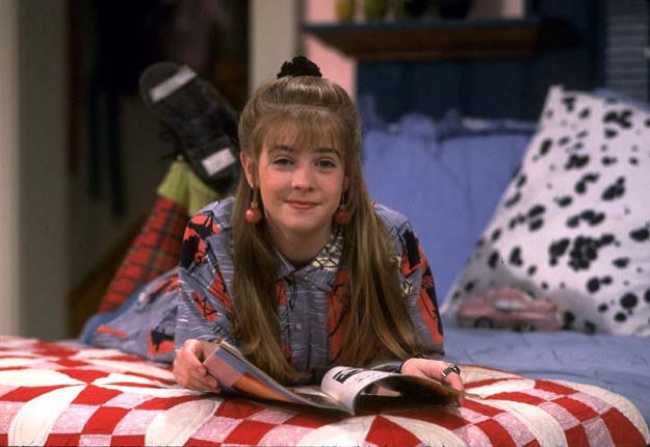 Clarissa Explains It All was one of the Nickelodeon cable channel’s more successful attempts at what we used to call “zitcoms,” i.e. sitcoms aimed at younger teenagers. Melissa Joan Hart (Sabrina: The Teenaged Witch for my Millennial readers, Melissa & Joey because I assume someone must actually watch that) had the title role as… well, a tween female Ferris Bueller, basically; though unlike Ferris, Clarrissa did not appear to be a sociopath serial-killer in training.

What they did have in common was the “gimmick” of an ostensibly sharper-than-average teenaged lead character whose (self)-apparent superiority to their ordinary family and friends was visualized by giving them the power to break the fourth wall and address the audience directly. It’s a simple gag, but one that tends to register with young audiences who are already used to the idea of their interactions among peers being invisible to adults.

But it went beyond just the frequent “meet me at Camera 2” with the audience: Clarissa would summon up comedy skits, movie parodies and onscreen graphics at a pace that might as well have been the speed of sound for 90s sitcom pacing – Nick’s great skill, as ever, was “getting” that each new generation processes information differently than the last. But occasionally the more elaborate visual jokes that needed conveying (Clarissa lived, to put it mildly, a rich interior life) were outside the budgets afforded to a cable sitcom. For those occasions, the show 1turned to video games.

Clarissa Darling was a gamer.

As a matter of fact, she was probably the first “gamer” (a term we didn’t use back then, probably because it sounded even lamer than it does now) I can remember seeing in a fictional setting who was also supposed to be a “normal” or even aspirational figure. Granted, the show got in the requisite “gamers = dorks” business via her nemesis/younger-brother Ferguson and his obsessive “GameBox” playing; but Clarissa herself was another story. She didn’t just play games – she made them!

Homebrew game design was the stuff of legends (if not wizardry) in the 90s, but here was a TV character doing it to kill time. Granted, most of Clarissa’s creation’s weren’t exactly retail-ready (they were typically supposed to be thought-exercises she’d undertaken to work through the Scenario of The Week,) but the idea of it was quietly exhilarating. Is this something people can just do? For fun?? I don’t know that I’ve ever heard a professional game designer say that Clarissa was an early hero, but I wouldn’t be surprised that they exist.

Ultimately, the game-design hobby – however novel – was only a small part of the character. But then, having a plethora of aspects to her identity was the whole point of what made this particular sitcom heroine special in her day. No one-word descriptive would’ve been appropriate for Clarissa, she was as fully formed as a television lead was capable of being at the time. She wasn’t nerd, nor popular, nor punk, nor rocker, nor shrinking-violet – but she had embodied aspects of that and more. It’s easy to imagine (a grownup) “Indie Game-Making Chick” as another barely-sentient fetish-figure to be pursued by the manchild leads of The Big Bang Theory, but this was decidedly not that.

Heck, in an era where romantic attachment, or the lack thereof, was the entirety of a female character’s existence (teenaged girls were either vestigial limbs of their boyfriends or wholly asexual); men in her life were regarded (in a G-rated sense) about the same as her other hobbies: At one point she and her male best-friend decided to give dating a try, realized it wasn’t going to work and went right back to friend-status with no ill-effects. Another episode turned a one-off joke (she stood up to her younger brother’s bully, who subsequently developed a crush on her) into a running B-story: They actually dated, with the relationship becoming for a time just another part of her background life.

Clarissa Explains It All eventually ran for 65 episodes over five seasons, only the first 13 of which have been released officially to DVD. Clarissa Now, a proposed revival of the series with a college-aged Clarissa working in Manhattan, was passed on by CBS but has been aired a few times as a special by Nick – she was a news intern, in case you were wondering, not a game-designer. Oh well.