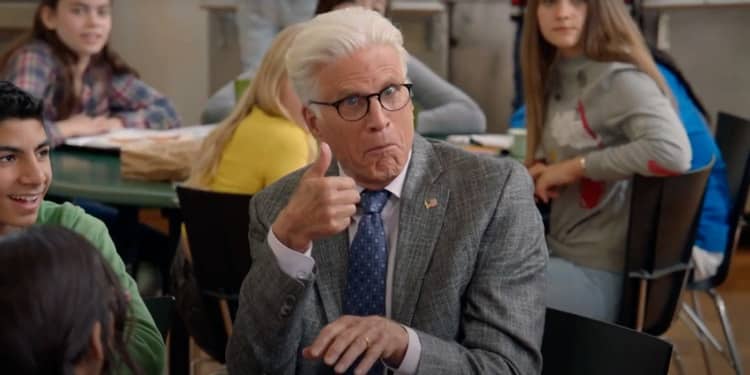 NBC is hoping to recapture the magic of The Good Place and 30 Rock with its newest comedy series, Mr. Mayor. The show comes from Tina Fey and Robert Carlock, who basically just make really funny television all the time, and stars Ted Danson as a man running to be the mayor of LA so he can reconnect with his teenage daughter. It seems a bit far-fetched, but great comedy usually is.

Obviously, comparisons will be made to Parks and Recreation, though the show isn’t a faux-documentary kind of thing. This seems much more in line with Fey and Carlock’s other series, 30 Rock and The Unbreakable Kimmy Schmidt, and with Danson in the lead, it’s hard to imagine the comedy not working out. The series was actually originally going to be a spin-off for Alec Baldwin’s 30 Rock character, Jack Donaghy, but morphed into this other show as time went on.

Here is the official plot description:

Mr. Mayor follows a retired businessman (Ted Danson) who runs for mayor of Los Angeles to prove he’s “still got it.” Once he wins, he has to figure out what he stands for, gain the respect of his biggest critic (Holly Hunter) and connect with his teenage daughter, all while trying to get anything right for America’s second weirdest city.

The series will also star Kyla Kenedy as the would-be mayor’s daughter. Bobby Moynihan, Vella Lovell, and Mike Cabellon make up his campaign staff. Hopefully, with this cast, the series will be able to hit on the smart wit and quick dialog that both the creators and actors are known for.