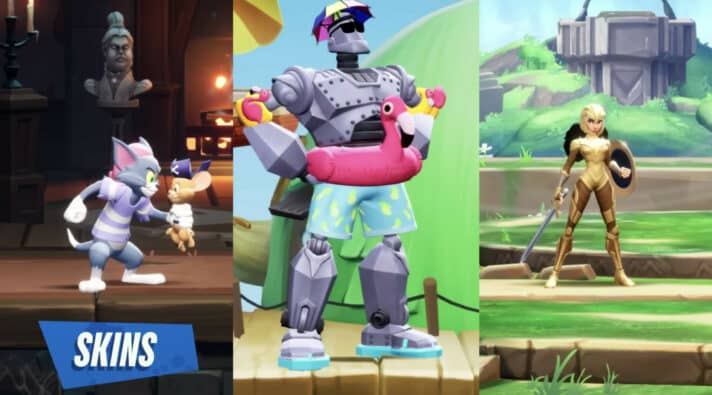 Warner Bros. and Player First Games have announced that the MultiVersus open beta will begin for PC via Steam, PlayStation 4, PlayStation 5, Xbox One, and Xbox Series X | S on July 26 at 9 a.m. PT. Open beta early access begins a week earlier on July 19 at 9 a.m. PT. Those who participated in the Warner Bros. platform fighter’s closed alpha are automatically entered into early access. If you missed the cut the first time around but are interested in playing next week, you can head to the MultiVersus website for more information on how to sign up.

The MultiVersus open beta will continue with a base number of characters and features to play with, and it will be updated with more content “in the months ahead.” To start, the roster will include Batman, Superman, Wonder Woman, Harley Quinn, Shaggy, Velma, Bugs Bunny, the Tasmanian Devil, Arya Stark, Jake the Dog, Finn the Human, Steven Universe, Garnet, Tom & Jerry, the Iron Giant, and an original character named Reindog. However, only Harley Quinn, Shaggy, Jake, and Taz will be available to use from the start, with the others needing to be unlocked through gameplay.

The MultiVersus beta currently has no end date, and all progress will carry over to the final release.

Coinciding with today’s MultiVersus open beta release date announcement is a two-minute gameplay trailer that shows off character abilities, costumes, stages, unlockables, and more. It’s a meaty gameplay trailer despite its short length, so give it a look below.