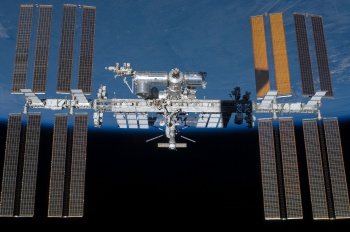 In light of Russia’s recent actions towards Ukraine, NASA has decided to suspend all contact with the country’s space program, except for the required cooperation involving the International Space Station.

Political tension between Russia and the U.S. has resulted in NASA taking measures to limit its contact with Russia’s space agency, Roscosmos. Cooperation on the International Space Station, currently staffed by two American, three Russian, and one Japanese astronaut, is presently the only exception. Without the crew cooperating, the entire station would shut down, said NASA administrator Charles Bolden.

News that initially broke as a leaked internal memo has been confirmed on NASA’s official Google+ page. “Given Russia’s ongoing violation of Ukraine’s sovereignty and territorial integrity, NASA is suspending the majority of its ongoing engagements with the Russian Federation,” the statement reads. “NASA and Roscosmos will, however, continue to work together to maintain safe and continuous operation of the International Space Station.”

The verbiage of the leaked memo, as reported by The Verge, differs slightly from the official statement, as can be seen in this excerpt: “Until further notice, the U.S. Government has determined that all NASA contacts with Russian Government representatives are suspended, unless the activity has been specifically excepted. […] At the present time, only operational International Space Station activities have been excepted.”

NASA shut down its shuttle program in 2011, and since then, has relied on Russia to transport its crew to the ISS at a cost of $70.7 million per astronaut. However, NASA is hoping to put an end to this by 2017. NASA’s statement reads:

“NASA is laser focused on a plan to return human spaceflight launches to American soil, and end our reliance on Russia to get into space. This has been a top priority of the Obama Administration’s for the past five years, and had our plan been fully funded, we would have returned American human spaceflight launches – and the jobs they support – back to the United States next year. With the reduced level of funding approved by Congress, we’re now looking at launching from U.S. soil in 2017. The choice here is between fully funding the plan to bring space launches back to America or continuing to send millions of dollars to the Russians. It’s that simple. The Obama Administration chooses to invest in America – and we are hopeful that Congress will do the same.”

Note To Future Politicians: Being A Geek Can Only Hurt You If You Let It

Hearthstone is Now on iPad