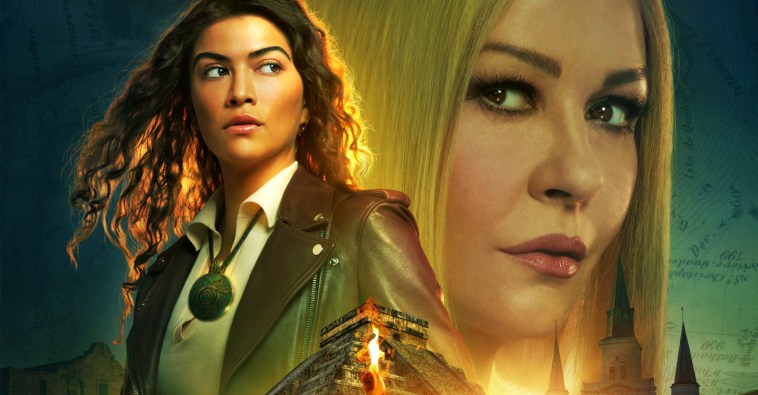 This discussion and review contains some spoilers for National Treasure: Edge of History, a series whose first two episodes, “I’m a Ghost” and “The Treasure Map,” premiere on Disney+ on December 14.

There are two franchises that Disney desperately wants to be things. The first is Avatar, which finally has its sequel landing next week. The second is National Treasure, which is relaunching after nearly 15 years with a Disney+ streaming series called National Treasure: Edge of History. The new series debuts this Wednesday with its first two episodes, bringing a new generation of multicultural treasure hunters into the fold. It also does not star Nicolas Cage.

National Treasure and its sequel, National Treasure: Book of Secrets, were massive hits. Everything in the films was centered around America(!) and the founding fathers. They had big action set pieces, ridiculous plots, threadbare characters, and Nicolas Cage. That last part is, of course, the most important aspect. Nic Cage brings something to every role he plays. It’s often hard to put your finger on what that something is — a certain je ne sais cage, if you will. His performances often combine camp, comedy, insanity, and actually good acting in ways no one else can, and it’s because of this that both his character and the entire films work. In turn, his work becomes emblematic of what makes the franchise successful. So, when I say that National Treasure: Edge of History lacks Nic Cage, it’s performing double duty as a metaphor for why the original films were so enjoyable.

We can unpack this a bit later, but first you’re probably wondering what the show is about. You don’t have to wait very long to find out as National Treasure: Edge of History drops you straight into its story with an exposition dump of epic proportions. It turns out that, as Cortez ravaged what is now South America, the Mayan, Inca, and Aztec civilizations all got together and hid their collective treasures from the invaders, putting the key to them in the hands of three women who hid secret stone maps to their whereabouts. Jump ahead to the modern day, and we find Peter Sadusky (Harvey Keitel) from the original films hoping to pass down his Freemason secrets to his grandson, Liam (Jake Austin Walker), who wants nothing to do with him.

Enter Jess Valenzuela (Lisette Olivera), a young woman who is really good at solving puzzles and whose father died when she was just a baby under mysterious treasure-hunting circumstances. She discovers that her father is somehow connected to the Central American treasure and pulls her gang of friends — wisecracking hacker Tasha (Zuri Reed), stoner Oren (Antonio Cipriano), and wannabe-boyfriend Ethan (Jordan Rodrigues) — into solving the mystery behind it all. Unfortunately, an evil woman named Billie (Catherine Zeta-Jones) is also after it too, sending the two on a race to discover the truth both behind the treasure and Jess’ lineage. 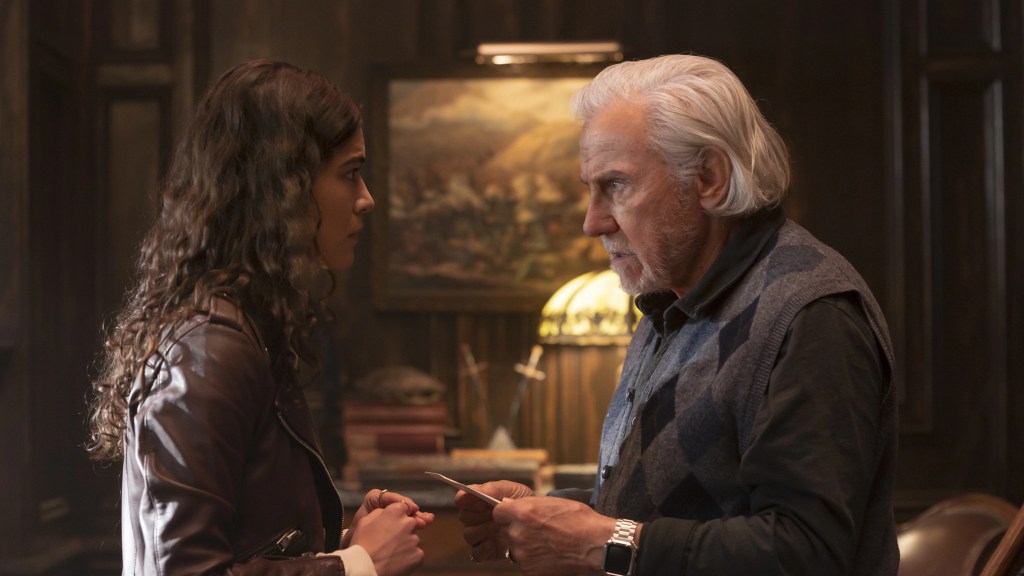 In terms of plot and setup, it’s basically the same damn thing as the National Treasure films, just with younger characters. So why doesn’t it work as well? That brings us back to Nic Cage (the metaphor, not the man). There is a certain awareness about those films that they are ridiculous and everyone in them is in on the joke. The absurd mysteries, the glowing symbols that show puzzles being solved, the cheesy one-liners, the jingoism; it’s all played with a wink and a nod that one could only call “Nic Cage.”

That’s not so here, where much of the cast seem to believe they’re in a serious thriller despite at different points in the first two episodes solving a mysterious puzzle box on a bus, meeting people by insane coincidence multiple times, so much “hacking,” and spouting off lines about American history that no one can believe. Olivera especially comes across as too serious, as she just can’t muster her inner Nic Cage to really sell how ridiculous it all is. 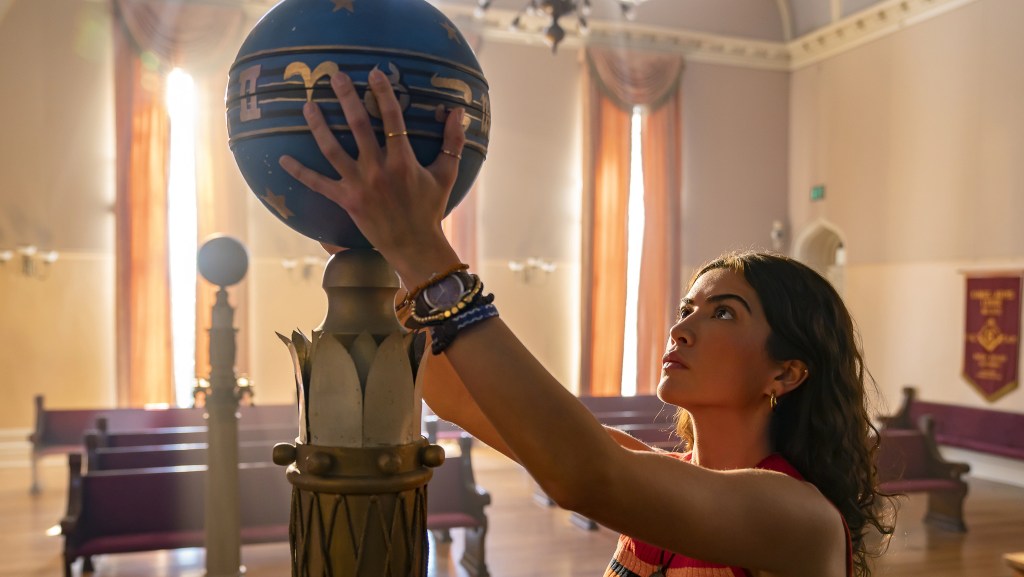 There are a few folks who seem to realize what kind of show they’re in, including Cipriano, who plays his stoner with the kind of comic relief any good ’00s sidekick should and, of course, Zeta-Jones. Any scene she’s in, she tears up, hamming it to the extreme in overly fashionable outfits and bleach blonde wig. Her henchmen, both bumbling and threatening, also seem to realize that the only way to truly recreate the National Treasure magic is to go full Nic Cage. These aren’t the big parts, though, so you’re stuck watching actors shine mystical hammer reflections in Freemason temples while taking everything far too seriously. 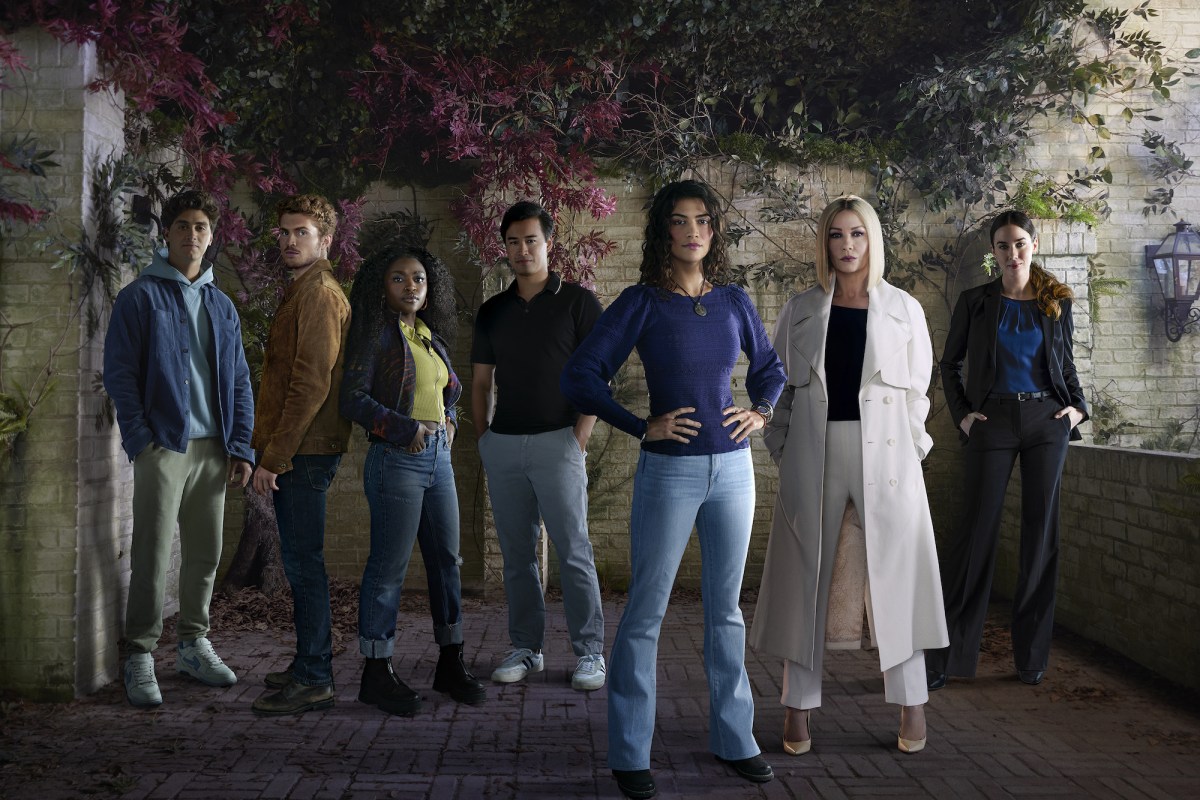 That being said, it isn’t inherently a bad thing that the show contains the aforementioned social commentary. Considering the subject matter of the treasure and the immensely complicated history of indigenous people throughout the Americas, discussing these matters could give the show an interesting bent that might even allow you to avoid Nic Cage (the metaphor) altogether. But the series doesn’t want to do that. It wants to have its Nic Cage and eat it too, and it doesn’t work.

The issue is that National Treasure: Edge of History seems to be using these topics as plot beats, not character ones. Jess is an illegal immigrant in the US under DACA, which means she can’t work for the FBI (her dream job), and she’s reluctant at first to get too caught up in possibly illegal activities. However, those concerns soon fall away, and her race is barely played with outside of this.

There are even worse infractions: Tasha doesn’t want to go to the FBI to report Billie because, as a black woman, she doesn’t trust authority, a perfectly rational excuse. But after that plot point they simply drop it, making it feel entirely hollow as the chase for treasure continues. Finally, you’ve got a villain who is a crypto tycoon, piling on another “trendy” cliche that, if the series were full Nic Cage, could work but just doesn’t. Maybe as the show goes on these topics will expand into something meaningful, but right now it feels like the series is simply using social issues as a way to seem “with it.” 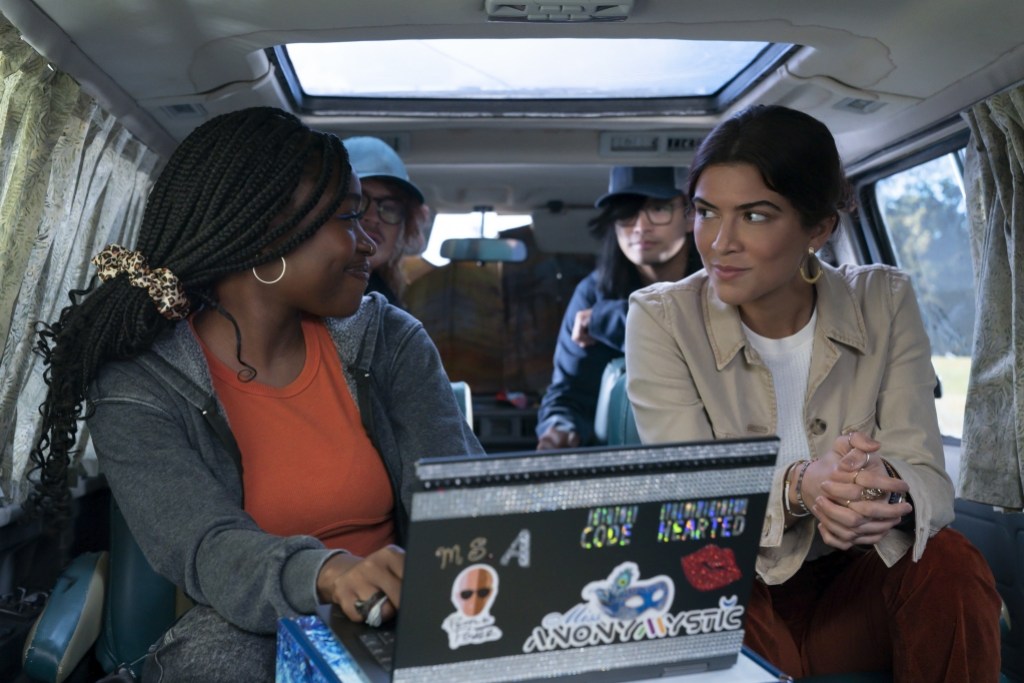 That brings us to the final question that these two episodes raise: Who the hell is this show for? The audience that enjoyed National Treasure in theaters and would write an entire Edge of History review based around the metaphor of Nic Cage are all adults now, yet the target audience seems to almost be children. The feel of the series is something akin to a PBS educational show like Ghostwriter, where a gang of kids are educating youths about American history all while solving a mystery. Outside of the threats of death and kidnapping, the whole thing feels directed at a younger audience that the show is trying to be “hip” for. There are just too many checkboxes and not enough Nic Cage insanity.

There are still eight more episodes of National Treasure: Edge of History to go, but we’re embargoed from talking about them until the week of their release so I haven’t watched them. It is, of course, entirely possible that the Nic Cage-iness returns as the series finds its legs, but as the second episode ends with Jess and Liam discovering his grandfather’s extra, super secret hidden room of American artifacts and playing it entirely straight, I lose most hope of that happening.