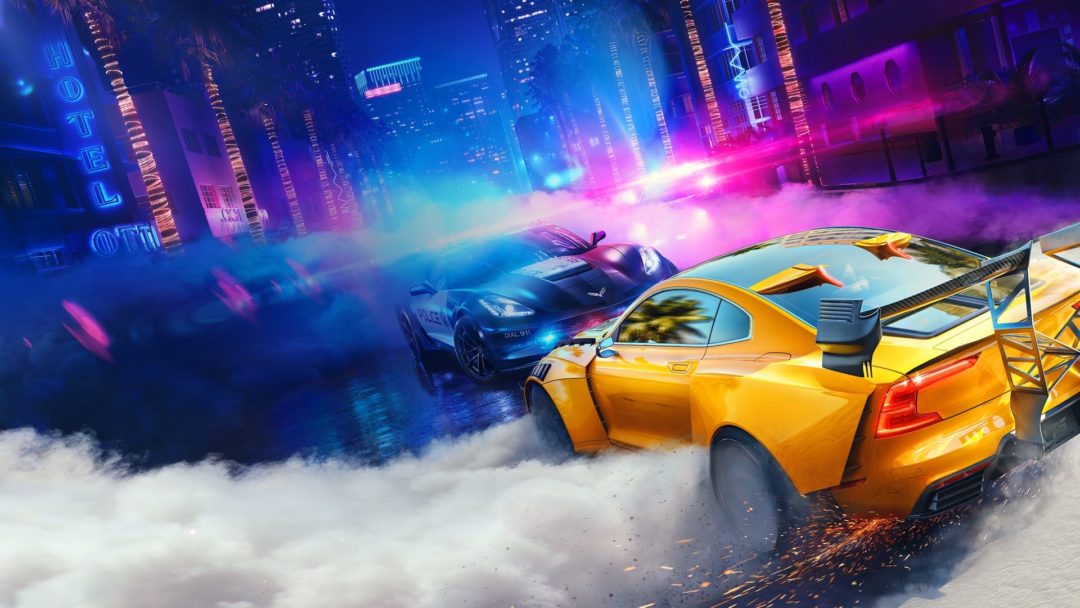 The existence of the game was leaked by an Austrian retailer, and EA CEO Andrew Wilson mentioned the game during an earnings report, but now it’s official. The game is being developed by Ghost Games, who has developed the series’s 2015 reboot and 2018’s Need for Speed Payback.

Heat will be set in the open-world Palm City, a riff on Miami previously featured as a track in Need For Speed: Hot Pursuit 2. During the day, players will compete in legitimate street races for prize money to fund their careers. At night, by-the-book races will be traded for illegal and far more dangerous underground circuits, where the stakes are drivers’ reputations.

Cops will behave differently depending on the time of day. While the sun is out, both they and you will have to maintain the facade of being law-abiding citizens. At night you’ll both drop the pretense. Underground races will require some tricky, legally dubious driving to conquer, and police will become much more aggressive about trying to take you down. Players will be able to swap between day and night at will from their garage.

Customization is going to be a big focus in Need for Speed Heat. New customization options will reportedly be unlocked by completing in-game events, so if players see on their map that a new part is being staked on a race, they can simply zip over and compete for it. The cumbersome and counterintuitive Speed Cards feature from Payback is apparently being phased out.

Gameplay from Heat will be demoed at Gamescom’s Opening Night Live event on Aug. 19.

Need for Speed Heat comes out Nov. 8 for PlayStation 4, Xbox One, and PC. Alternatively, players with EA Access and Origin Access Basic can play up to 10 hours of the game as part of the Play First Trial on Nov. 5, 2019; they can also sign up for Origin Access Premier for full access.