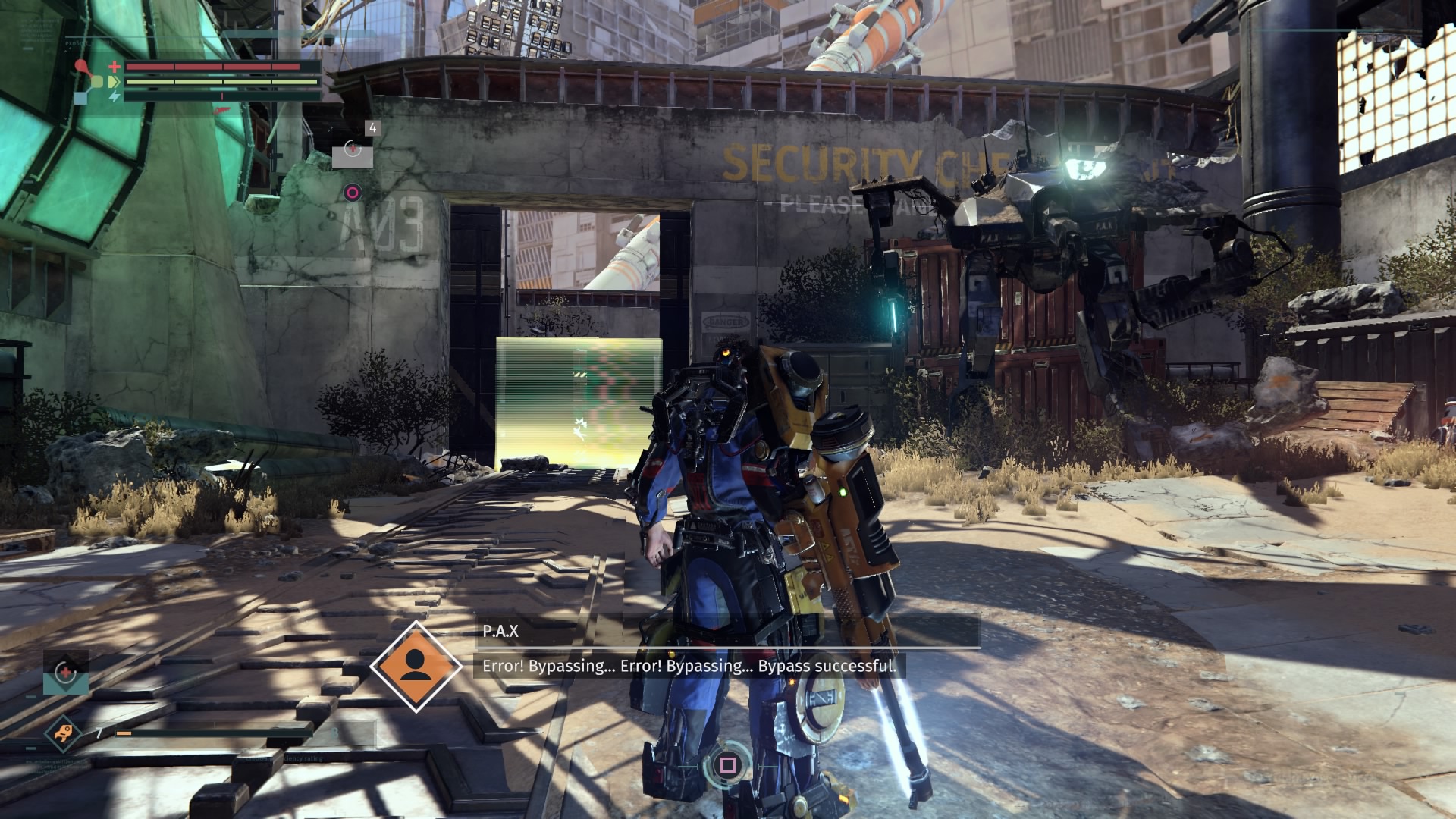 The Surge doesn’t screw around. The first boss can be brutal if you’re not properly prepared. See how to take down the P.A.X. war machine with the boss guide below.

While exploring the destroyed production line in the opening area of The Surge, you’ll eventually find the CREO maglev train. Unfortunately, the train is busted. It’s not going anywhere. You’ll need to enter the dark basement of the nearby Power Plant to restore power — but all that juices does more than turn on the trains. Returning to the area causes a deadly war mech to revive.

The P.A.X. might be a weakened version of a killer machine, but it can still pack a punch. It only takes a few hits to kill Warren this early in the game, and the damage hitboxes can get a little funky. Here’s what you’ll need to do to bring this giant boss down for good — and how to specially defeat the boss and earn the powerful P.A.X. Imperator special weapon.

The first boss appears outside the train station after reactivating the Power Plant. With the train operational, Warren can return to the Rocket Assembly area and encounter the damaged P.A.X. Mech. It’s a formidable opponent, so go in prepared.

Before entering, it’s wise to scavenge a full set of Rig gear – body gear will especially help you absorb attacks. Equip at least two healing item Implants – for this fight, I brought four, but only two are really required. The Vital Injectors are most important. For a battle this fast, you don’t want to wait for the Plasmic Injectors to slowly heal you over time.

At the start of the fight, the mech will attempt to target and fire its main cannon. It backfires, thankfully, and initiates close-combat protocols instead. It likes to lunge forward, swinging it’s massive blade-arms in a wide arc. Simply dodging backward won’t help – you’ll need to dodge left / right and forward to avoid its attacks. 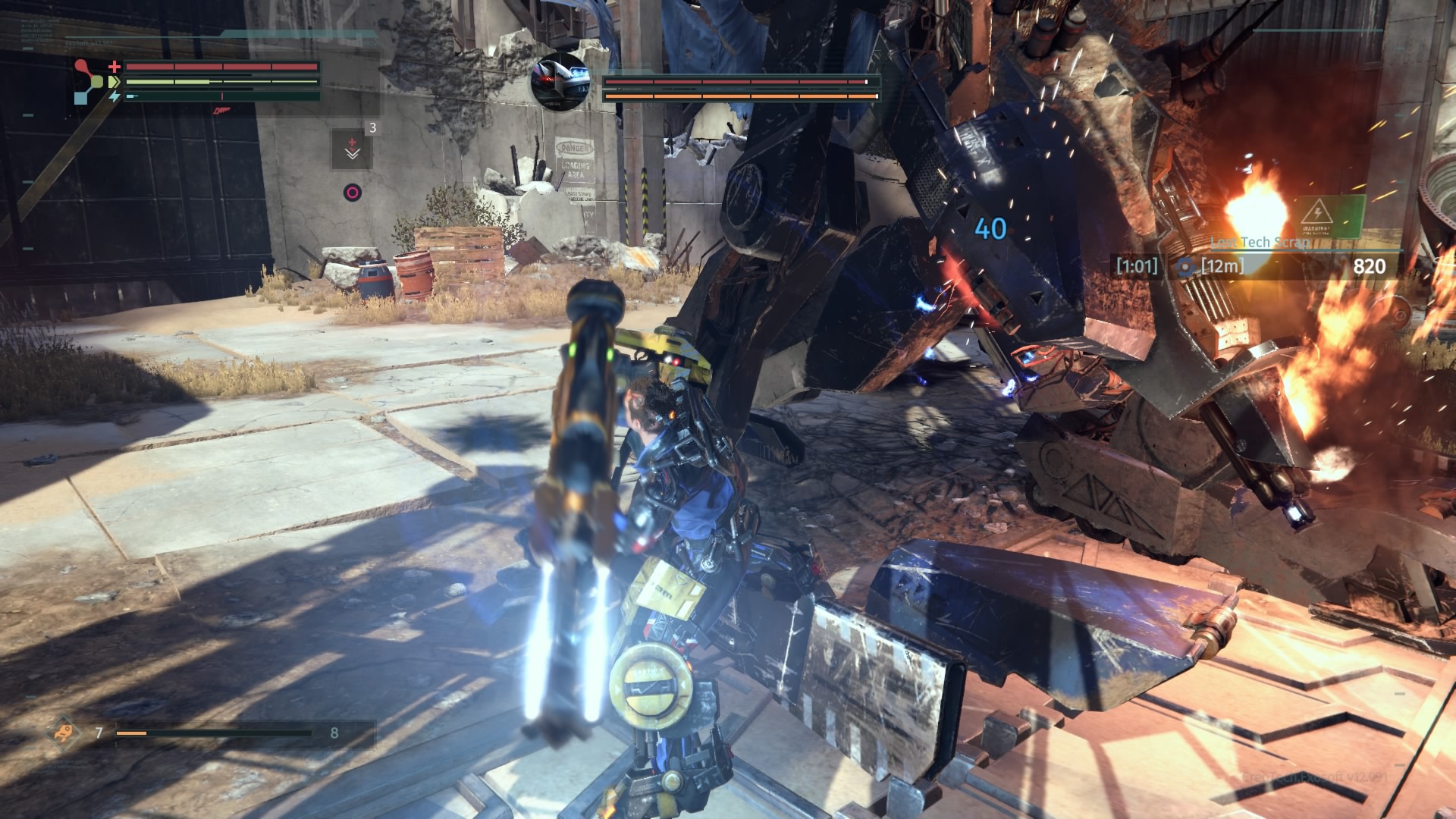 Use the sprint-attack to slide under its wide blade-swings and get in close for a series of attacks. Dodge away when it raises its legs to stomp. Just avoid the animation, there isn’t any AOE effect, so you won’t need to retreat far.

Continue to attack the legs until the mech topples. While it’s stunned, you can actually damage it. Attack, attack, attack! It’s very possible to dish out 25%+ of damage per downed state.

The mech will also attempt to suppress Warren with a series of mortar-like missile launches when the orange bar fills. These track, so you’ll need to get moving fast when see the mech lowering its “head” and firing. The explosions have a larger radius than they look. If you sprint, it’s possible to trick the missiles into hitting the boss itself, instantly putting it into a stunned state. Just stand underneath the mech to knock it down. Make sure you’re blocking to avoid the explosive damage.

When attacking the legs, try to circle around behind them. Don’t stand in front of the legs, or the mech will use a quick stab attack, or a kick to get you off. 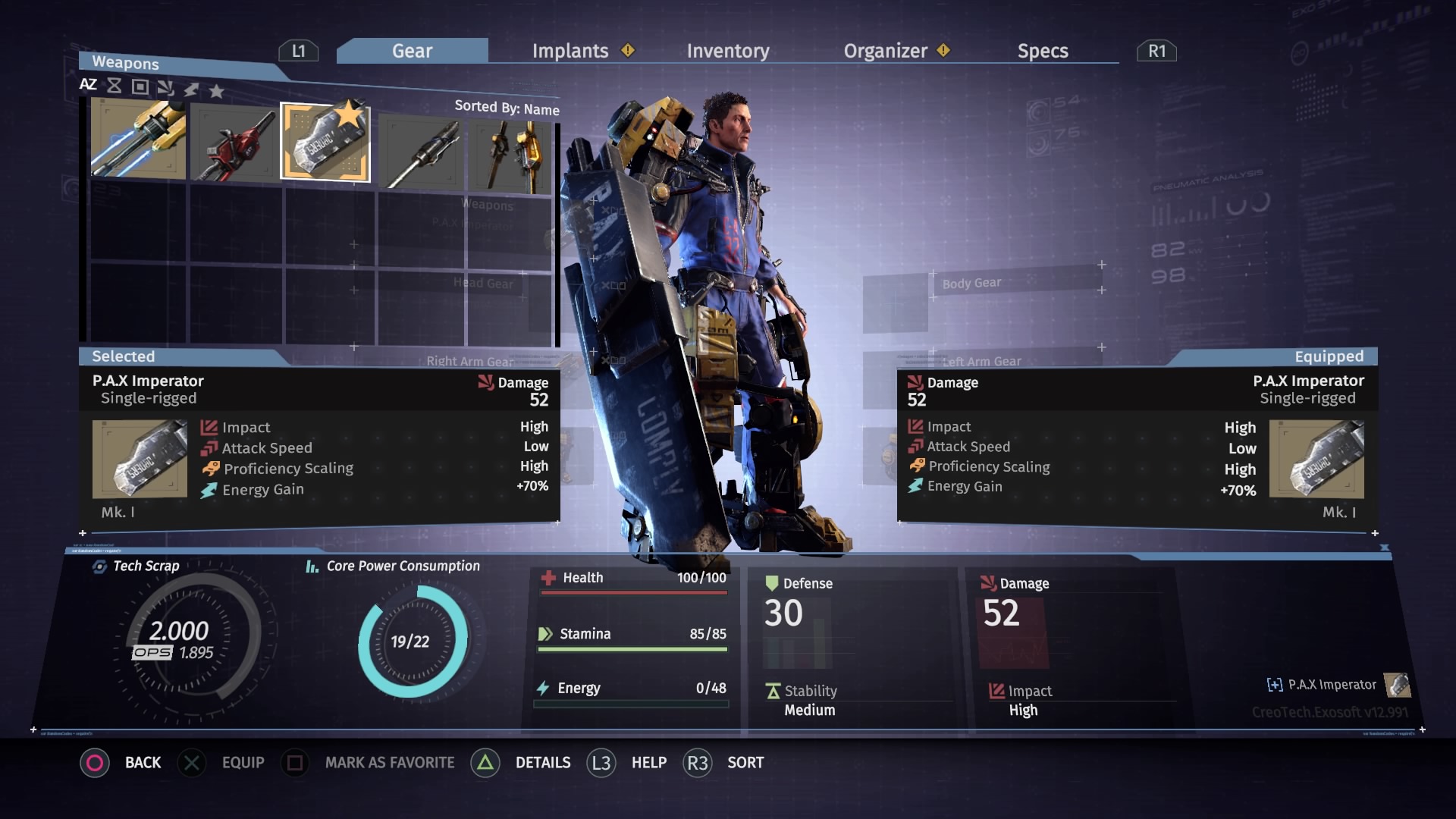 How to Get the P.A.X. Imperator

To collect the special P.A.X. Imperator weapon when defeating the boss, attack the underside on the back of the mech when it is stunned. You’ll be able to break off the protective dome and do more damage per hit on the exposed circuitry.

Check back soon for even more boss guides, secret locations, and walkthroughs on The Escapist.