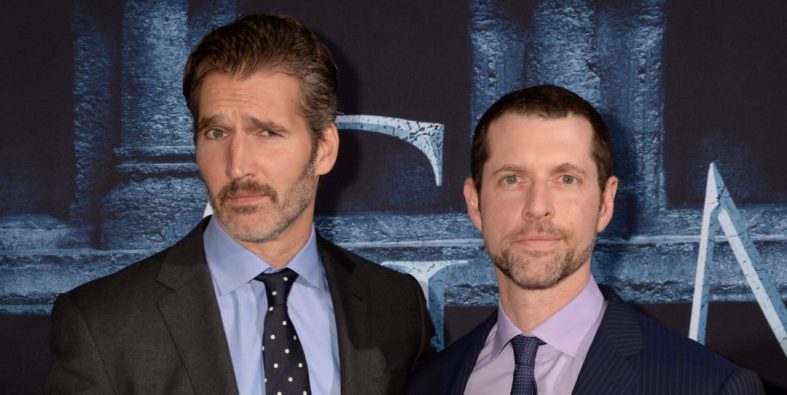 One of the most hotly contested bidding wars for creators has ended with Netflix inking a deal with Game of Thrones creators David Benioff & D. B. Weiss to write, direct, and produce film and TV shows for the streamer.

THR reports that the deal is for $200 million and brings Benioff and Weiss to Netflix exclusively, aside from their current work on their already announced Star Wars trilogy. The creators were reportedly being courted by as many as six different companies, including HBO owner WarnerMedia, Disney, Comcast, Apple, and Amazon. The duo was leaning towards Amazon as recently as July, but Netflix came in with a highly competitive offer they just couldn’t turn away from.

“We’ve had a beautiful run with HBO for more than a decade and we’re grateful to everyone there for always making us feel at home,” said Benioff and Weiss in a joint statement. “Over the past few months we’ve spent many hours talking to Cindy Holland and Peter Friedlander, as well as Ted Sarandos and Scott Stuber. We remember the same shots from the same ’80s movies; we love the same books; we’re excited about the same storytelling possibilities. Netflix has built something astounding and unprecedented, and we’re honored they invited us to join them.”

What kind of content the pair will be producing is unknown, but the question is when they’ll be able to do it while working on a trilogy of Star Wars films for Disney. The duo clearly can create quality content at a high pace, but it will be challenging to tackle such a massive project along with creating their own content on Netflix. This deal officially wipes their controversial next HBO series, Confederate, off the books, which was to be an alternate history story where slavery was still legal.

For Netflix, this is a massive coup. The company needs big names and cultural touchstones to stay alive with half their content now departing to other streaming platforms, including Disney+ and HBO Max. If they can capitalize on Benioff and Weiss quickly, which may be a tall order, then they can help stem the flow of subscribers leaving the service. Then again, with the bitter taste of the Game of Thrones ending still on people’s mouths, maybe it won’t.