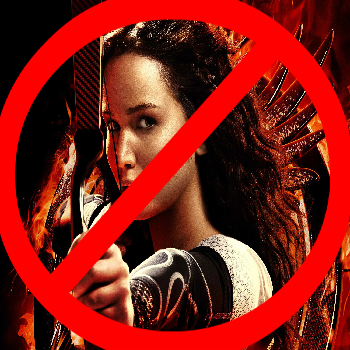 Netflix’s contract with Epix expires at the end of the month, meaning the last chance to catch some of your favorite flicks is rapidly approaching.

While most of us know Epix simply as a hybrid premium cable and satellite television network headquartered in New York City (No, I didn’t rip that description straight from Wikipedia. Why do you ask?), it turns out that their video on demand service actually holds ownership in Lionsgate, MGM and Paramount Pictures. And for the past few years, Epix has also been one of the biggest providers of movies to Netflix’s arsenal.

That is, until the end of the month, when Netflix’s contract with Epix will expire and see the streaming service drop hundreds of well-known titles from its catalogue.

World War Z, The Hunger Games, Wolf of Wall Street, and the entire Rocky series (among others)…all gone in the blink of an eye.

But according to their Chief Content Officer, Ted Sarandos, Netflix losing hundreds upon hundreds of movies from their movie streaming service is not that big of a deal, because most of these movies are already available on “other platforms.”

“While many of these movies are popular, they are widely available on cable and other subscription platforms at the same time they are on Netflix and subject to the same drawn out licensing periods.” said Sarandos in an interview with BBC.

Following up in a blog post, Sarandos wrote, “We know some of you will be disappointed by the expiration of the Epix movies. Our goal is to provide great movies and TV series for all tastes that are only available on Netflix. We’re confident you’ll enjoy our ever-improving catalogue.”

With Netflix focusing their efforts more and more on original content like this year’s Narcos and the upcoming Beasts of No Nation, it isn’t exactly shocking to learn that they aren’t as willing to pay top dollar for movies they have been streaming for upwards of a year. Netflix did, however, reportedly pay Epix $1 billion in licensing fees for the now-deceased deal, which allowed for Epix titles to hit Netflix 90 days after premiering on the premium cable network. Let’s hope they got their money’s worth.

But fret not, for hope is not entirely lost for those of us hoping to see Leonardo Dicaprio blow cocaine up a stripper’s butt without having to go to a Redbox. As it turns out, the titles being dropped from Netflix will actually be transferred over to Hulu, the *other* streaming movie and TV service, starting on October 1st. So as long as you already have one of those accounts as well, all will be hunky-dory.

Still though, it’s decisions like this that make you understand Netflix’s ever-falling company stock, which dropped 2.25% last year alone. Also unfortunate for Netflix is the news that Hulu will be expanding its offline-viewing capabilities for Amazon Prime (who are also tied into the Epix deal) members to access movies and TV shows on Apple iOS and Android devices.

“By creating a network-first, true TV Everywhere experience, consumers can now download a movie from our library and watch it anywhere, anytime, even without a Wi-Fi connection,” said Epix president and CEO, Mark Greenberg.

So basically, you can now watch Friday the 13th while on a camping trip, or Airplane! while waiting at the airport, all for the same price as a Netflix subscription. “Looks like I picked the wrong week to quit sniffing glue,” said Netflix CEO Reed Hastings in an exclusive follow-up interview with The Escapist that never actually happened.