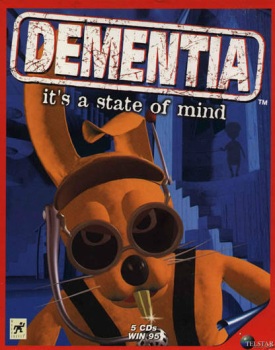 Cardiff University neuroscientist Dr. Dean Burnett says the claim that videogames cause dementia is “junk science” that reaches “overblown conclusions based on little or no evidence.”

Videogames. They’ll turn your brain to mush, almost literally in the estimation of Susan Greenfield, a scientist, Baroness and former director of the Royal Institution of Great Britain who said last week that videogames cause such “high arousal” in the minds of children that they can disable connections within the brain, possibly permanently, resulting in dementia. Scary stuff! Except, well, it’s not, really.

“The temporary or permanent deactivation of nerve connections in the brain is implied to be a negative consequence of excessive computer game playing, as opposed to a perfectly normal and actually quite essential occurrence in a typical, healthy brain,” Burnett wrote in a guest article for The Telegraph. “The constant deactivating of parts of the brain is vital to our functioning as normal cognitive beings. There can be times when too much of the brain is active at once, and these are seldom good things, as anyone who’s had a seizure or violent hallucination will probably attest.”

He acknowledged that some of Greenfield’s statements are essentially accurate but takes her to task for phrasing them in such a way as to leave average readers equal parts confused and concerned. “The phrase ‘high arousal, which in turn activates the brain system’s underlying addiction and reward, resulting in the attraction of yet more … activity’ is more commonly known as ‘fun’ or ‘enjoyment’,” he continued. “This same effect can be seen in football fans or pretty much anyone who has a persistent hobby.”

That’s the crux of his argument : every activity done to excess, be it football, fishing or playing videogames, will have an impact on the wiring of the brain. And while some games are certainly inappropriate for kids, that’s a far cry from suggesting that they actually do long-term damage.

“Baroness Greenfield clearly has her reasons for disliking computer games and other electronic entertainments, and I’m sure they’re noble ones,” he concluded. “But this does not justify the use of junk science, or the public airing of overblown conclusions based on little or no evidence.”

Burnett’s response was pared down considerably for The Telegraph; the whole, unedited thing, which he described as “more verbose and piss-taking,” can be read at Science Digestible.