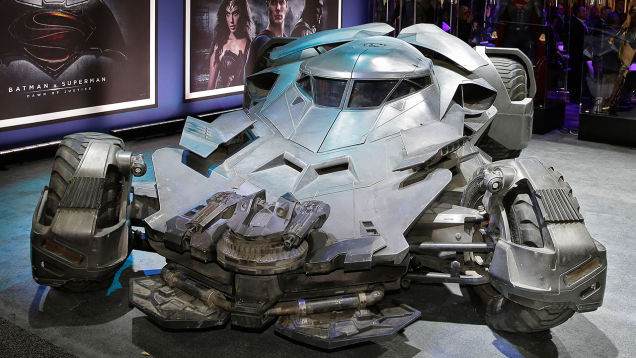 The new Batmobile looks like the lovechild of Optimus Prime and the Predator mask. And it’s awesome.

The Warner Bros. Consumer display at the 2015 Licensing Expo in Las Vegas featured a special surprise for visitors – the unveiling of the new Batmobile, to be featured in the upcoming blockbuster Batman v Superman: Dawn of Justice. On display alongside the ‘mobile were the movie costumes for Batman, Superman, and Wonder Woman.

The new Batmobile reaches speeds of up to 205 mph, which seems unimpressive considering Batman’s opponent moves faster than a speeding bullet – fun fact, bullets travel an average of 1,700 mph. 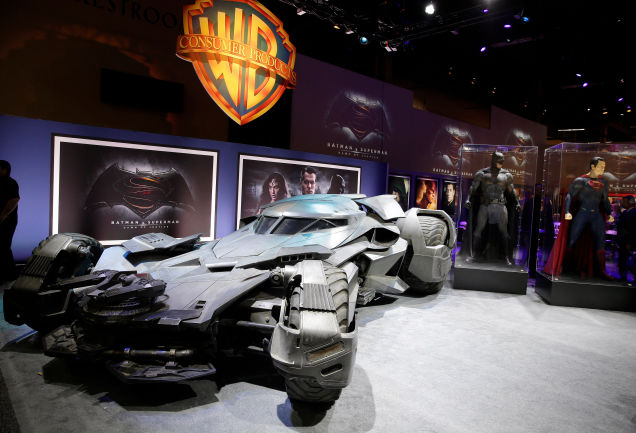 “Fearing the actions of a god-like Super Hero left unchecked, Gotham City’s own formidable, forceful vigilante takes on Metropolis’s most revered, modern-day savior, while the world wrestles with what sort of hero it really needs. And with Batman and Superman at war with one another, a new threat quickly arises, putting mankind in greater danger than it’s ever known before.”

Batman v Superman: Dawn of Justice, directed by Zack Snyder, will be released March 25, 2016, with Ben Affleck as Batman, Henry Cavill as Superman, and Gal Gadot as Wonder Woman.

The Punisher Cast For Daredevil Season 2