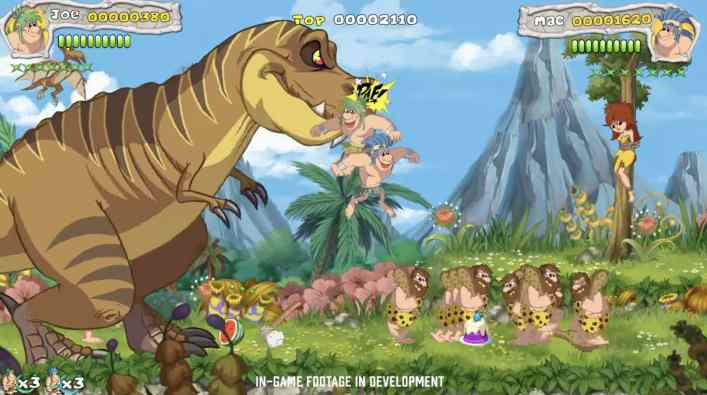 Developer Mr. Nutz Studio and publisher Microids have announced a New Joe & Mac: Caveman Ninja release window of November 2022 for Nintendo Switch, PlayStation 4, PlayStation 5, Xbox One, Xbox Series X | S, and PC via Steam as part of a new gameplay trailer. It’s a trailer that takes fans back to prehistoric times to revisit an early ‘90s cult classic. This time, however, the two colorful caveman brothers pack a new coat of paint along with updated gameplay for modern platforms. Whether you’re just now hearing of Joe & Mac or you’re a longtime fan looking to revisit to of gaming’s lesser-known mascots, you can see the New Joe & Mac: Caveman Ninja gameplay trailer below.

New Joe & Mac: Caveman Ninja keeps most of the classic gameplay you know and love but makes the overall experience a bit beefier thanks to a few extras. Along with updated graphics, Mr. Nutz complements its remake with new sounds and a fresh take on the controls. Arcade mode is a simple remake of the arcade game, but there is also an extended mode that offers a longer experience. Speedrun, score attack, boss rush, and training modes are also available for those looking to refine their Joe & Mac skills. You can read an official story synopsis setting up Joe & Mac’s adventure below:

Two cave dudes named Joe and Mac live in a peaceful and cool village. Cool it was, until a bogus bunch of Neanderthal snatched all the village’s women. It’s now up to Joe and Mac to save them all, and fight against deadly dinosaurs and carnivorous plants in this crazy and colorful action–platformer from Jurassic time, with completely redesigned graphics!

In addition to today’s announcement, Mr. Nutz and Microids have revealed a New Joe & Mac: Caveman Ninja T-Rex Edition for Switch and PlayStation consoles. This collector’s version comes with a physical copy of the game, two sticker sheets, a trading card, and a 3D keychain. Check out all of those goodies below while we wait for the game to arrive in a few months. 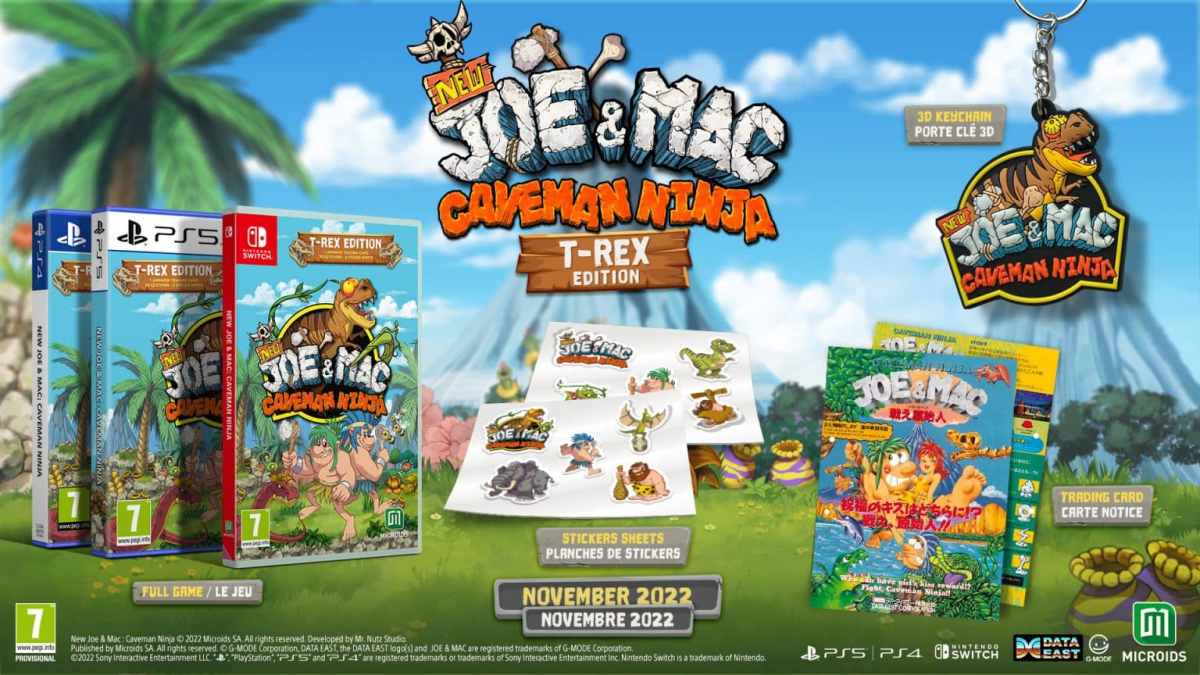