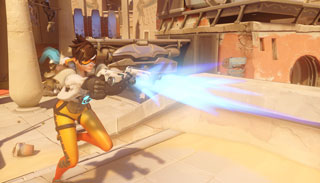 If you’re looking for a group to play some Overwatch with, this new site can connect you with other gamers.

Overwatch is already out and going strong, with so many people playing that there were reports of server difficulties last night. If you’re one of the folks playing it, there’s a new website that may interest you.

One of the challenges of competitive shooters like Overwatch is the randomness of groups. A Reddit user named elapse decided to do something to help players find others to play with, and came up with a brand new website, overwatchlf.com.

Basically, the site allows you to post and respond to group requests, updates in real-time, and offers instant messaging between users. You can choose your platform, sort by whether or not voice chat is used, and message the player forming the group.

It’s still in its early stages right now, but elapse says that the site was inspired by a similar site (DestinyLFG.com) for Destiny. Bungie ended up featuring that site in one of their community updates, and I would not be surprised to see Blizzard do the same thing in this case.

If you’re looking for some new friends to play Overwatch with, it’s worth checking it out. You can follow the original Reddit thread here.