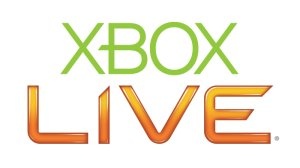 Microsoft may be working on a new Xbox Live, or at least a hefty upgrade to the existing interface.

A job posting placed on Microsoft’s U.S. careers area calls for an Xbox department program manager to take the lead on a new project.

“Want to be involved in the next release of Xbox? Join the server-backed games team, part of the Xbox Live team that’s responsible for creating a completely new way for mainstream audiences to enjoy the Xbox and Live,” the ad says.

“We’re building the games, the console interface and logic, and the server support for a totally new Live experience. Both the games and the dashboard experience will be deeply paired with dynamic server support to create a compelling, fresh scenario each time.

“We are looking for a passionate games producer to help implement our first generation games that will run in this new environment.”

No specific additional details were made available about the opening, but the company’s online service has been a wildly popular aspect of the Xbox 360s usage for multiplayer gaming.