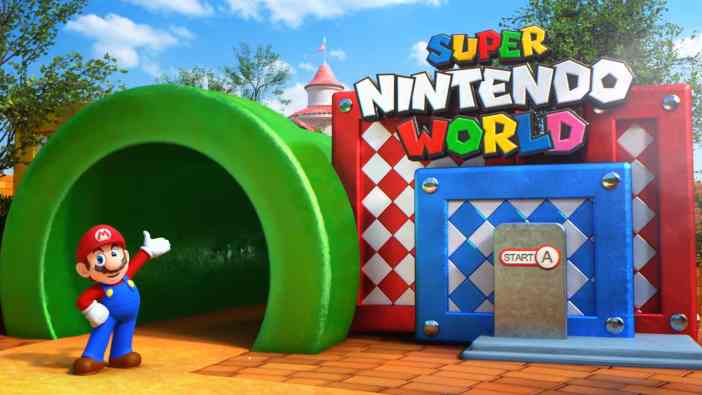 Today, there was plenty of video game news, like the announcement that Sonic the Hedgehog has been added as a playable character to Puyo Puyo Tetris 2. We also received word that the grand opening of Super Nintendo World has been delayed, there is a big Nintendo Switch eShop sale going, and more. Here’s the video game news you might’ve missed on Jan. 14, 2021.

Today, Sega announced that Sonic the Hedgehog has been added as a playable character to Puyo Puyo Tetris 2 — along with Lidelle, Ms. Accord, and the Ocean Prince. Also included is new music, avatars, and a Boss Raid. Players can enjoy the Boss Raid mode in online co-op, with the goal of taking down a difficult boss. Check out Sonic’s new Puyo Puyo Tetris 2 trailer below!

Sonic's the name, Puyo is the game!

Starting today, Sonic the Hedgehog, Lidelle, Ms. Accord, and The Ocean Prince join the playable cast of #PuyoPuyoTetris2! 🎉

Starting today, the Nintendo Switch eShop has a slew of discounts on many heavy hitters as part of the New Year Sale. This sale is good until Jan. 21 and features discounts on Clubhouse Games, Super Mario Maker 2, Immortals Fenyx Rising, the aforementioned Puyo Puyo Tetris 2, Yoshi’s Crafted World, Captain Toad: Treasure Tracker, and more! Most of the discounts are around 20% to 30% off, so it’s worth checking out.

Assassin’s Creed Valhalla has just been updated to version 1.1.1., featuring over 100 changes — including fixes for Achievements, balancing, quest improvements, and more. The update comes in at around 2GB – 7.5GB depending on platform and is free to all players. Later in spring 2021, Valhalla will get the Wrath of the Druids expansion, which sends players to Ireland to investigate a cult.

The Medium Gets New Live-Action Trailer

The Medium has received a new live-action trailer courtesy of Bloober Team, and it’s just as creepy as you might expect. The trailer focuses on the game’s main hook — two realities that impact one another as you traverse and solve puzzles between the two. This psychological horror game has been in the works for nearly a decade and will come exclusively to Xbox Series X | S and PC on Jan. 28.

As announced by Universal Studios Japan, the grand opening of Super Nintendo World has been delayed due to the COVID-19 pandemic. It was originally supposed to open on Feb. 4, but it has been postponed indefinitely as Japan struggles with a massive spike in COVID-19 cases in Osaka, where the theme park is located. This has led to a state of emergency, but as Universal Studios Japan notes, the park will open some time after it’s lifted.

The opening of Super Nintendo World in Japan at @USJ_Official has been delayed past February 4. No new date set. pic.twitter.com/1u2hqnF8h8