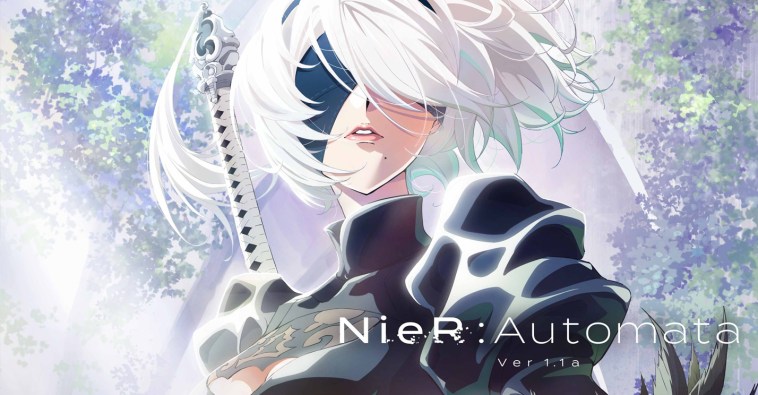 Nier: Automata is simultaneously the most obvious and most baffling video game to adapt into an anime, and honestly, this duality feels pretty fitting considering the game that Yoko Taro and the folks at PlatinumGames created back in 2017. Its post-apocalyptic world, over-the-top action, and main characters of 2B, 9S, and A2 all scream anime the moment you see them. But as its tale of a proxy war between human-made androids and otherworldly machines begins to unravel, it’s clear that its story is told using building blocks that only an interactive medium can deliver. Unlike with HBO’s The Last of Us, it’s hard to imagine how some of Nier: Automata’s biggest reveals, twists, and moments will hit without having a controller in my hand.

While those questions will have to wait until we’re further on in the story, the opening episode of the Nier: Automata anime, which premiered on January 7 on Crunchyroll with new episodes to follow every Saturday, presents itself as another dichotomy in and of itself. The anime follows the oftentimes-mouthful nature of the game, and it is officially called NieR:Automata Ver1.1a, with its first episode titled “or not to [B]e.” Yup, even before you start the episode, it’s clear that this is a Nier-ass adaptation, right down to Yoko Taro himself helping write the series with the team at A1 Pictures (Lycoris Recoil, Kaguya-sama: Love Is War).

The pilot follows the game’s opening chapter closely. It introduces us to 2B and 9S on their mission in search of a target on a massive offshore rig, only to discover that said target is the entire rig itself, all the way through to the pair’s arrival back up on the orbital Bunker. The episode cuts back and forth between their perspectives, and it also shows us the brief yet devastating interlude where one robot is attempting to revive another one using a bucket of oil. This implies that the series intends to fold together various playthroughs of the game, which would be an intriguing way to tell the story. 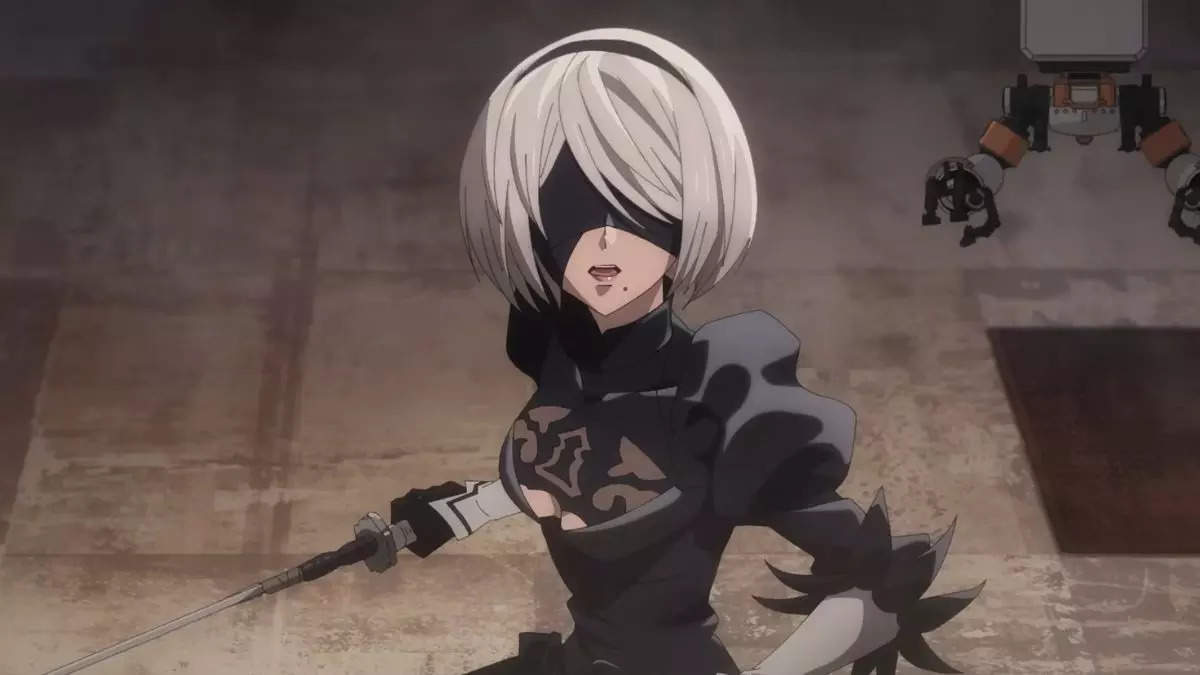 For those who don’t know, the Nier games aren’t finished when you roll credits for the first time, instead requiring you to engage in several playthroughs from different perspectives that end up telling the whole story. While there can be some tedium in the moment, I look back on this repetition as a vital piece of the puzzle that helps the back half of the game resonate so strongly. I’m curious to see if this switch in format allows Taro to play with our notions of where we think the story will go moving forward, as he’s already confirmed that changes will be made for the series.

The Nier fan inside me dug this episode when it came to that story and its characterization, including the Japanese actors behind 2B and 9S reprising their roles. But on a visual level, the show misses the mark. The characters and action look great as 2D animation, but the shift to CG animation for certain machines and mechs ranges from jarring to just plain ugly, especially when the two styles are paired together in the same shots. While the use of 3D in anime isn’t inherently bad — I think it’s used quite well in the new Trigun Stampede series — the way it’s presented in Nier is oftentimes genuinely distracting. And while it’s one thing to be taken out of the moment during the the bombast of the opening airborne assault, I’m worried that this is going to be a problem throughout the entire series, especially when it comes to emotional beats such as those involving Pascal and the Machine Village.

Though some of the animation left me disappointed, that’s absolutely not the case with the series’s incredible soundtrack. Yes, the anime just uses tracks from the game, but given it remains one of the absolute best soundtracks of the past decade, it was a wise move on the part of the studio. Like the music in 2022’s Cyberpunk: Edgerunners, if it ain’t broke, don’t fix it. 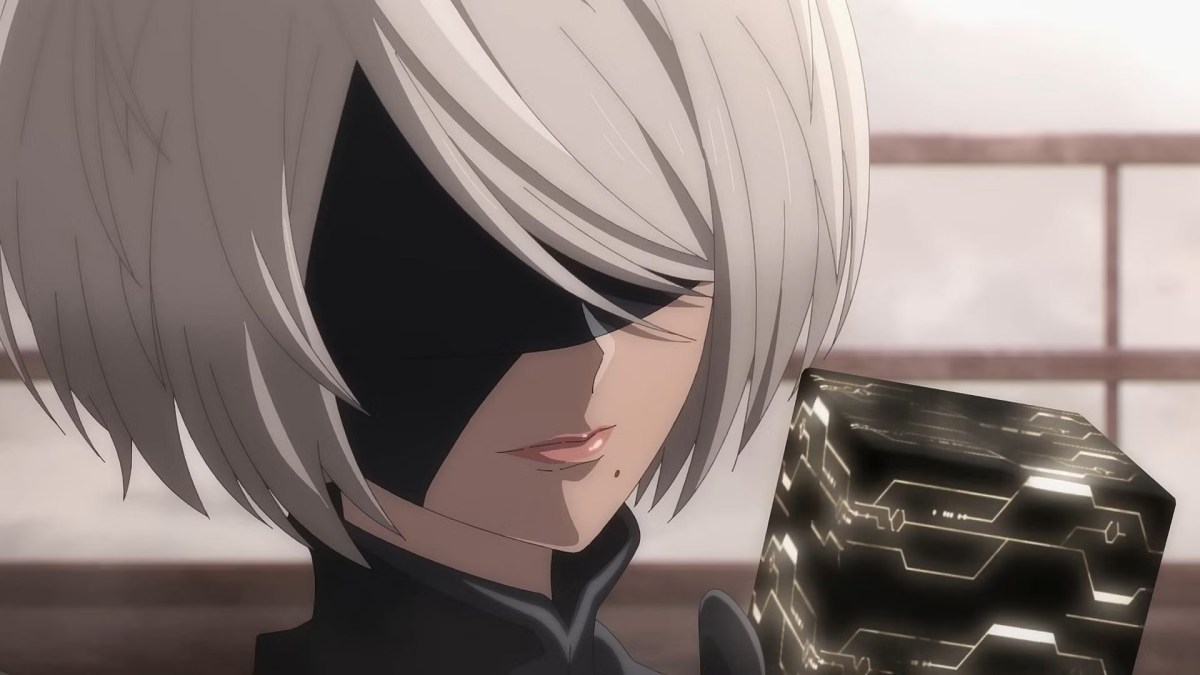 I also loved how the end of the episode gave 2B’s companion Pod the spotlight, switching to a charmingly janky puppet show that’s used as a vehicle for showcasing one of the game’s many wonderful “joke” endings. Nier is a game that encourages you to experiment with its bizarre systems and mechanics, often rewarding you with an unexpected and non-canonical ending to the story. In the credits, we saw what happened in Ending U, which occurs if the player chooses to self-destruct 2B while onboard the safety of the Bunker. I’m really looking forward to these as a weekly palate cleanser after each episode.

A friend who’s a big anime fan but hasn’t played any of the Nier or Drakengard games asked me if they should watch the series… and honestly, I’m still not sure of the answer. Like with other direct anime adaptations of games like Persona 4, It’s hard for me to recommend these as anything other than auxiliary entertainment for those who already love the thing they’re based off of. However, given Taro’s knack for the unexpected, fingers are crossed that our expectations are subverted once again.

This first episode ends with 2B retaining her memories from the suicide mission and questioning their motto of “Glory to Mankind.” And for a game filled with existential ruminations on free will and the meaning of life, it seems almost fitting that the Nier: Automata anime has an uphill battle in proving why it even needs to exist in the first place. While the great characters, phenomenal music, and bones of the excellent story are all on display, the uneven animation left me wanting, especially held up against the visual splendor of recent adaptations like Arcane and Edgerunners. But seeing as how much of Nier: Automata revolves around forging your own path through life, here’s to hoping that the anime can carve out its own unique road forward.