The initial set of the Skylanders-style figures includes Nintendo mainstays such as Mario, Link, Samus and Yoshi, and are scheduled to be delivered this holiday season. 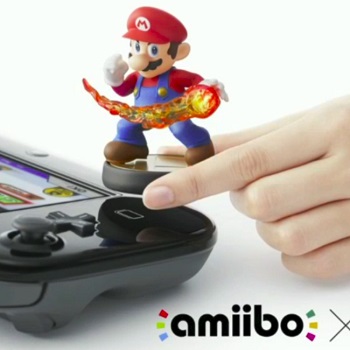 The first set of Nintendo’s Amiibo figures, announced at E3 earlier this year, are now up for pre-order and expected to launch this holiday season, alongside the new Wii U Super Smash Bros. The figures make use of NFC technology to transmit data to Super Smash Bros., similar to the Skylanders series of games and figurines. Nintendo has announced Amiibo support for other games, including Mario Kart 8, Mario Party 10, Captain Toad: Treasure Tracker and Yoshi’s Wolly World.

Amazon currently has all the figurines up for pre-order, at a cost of $12.99, with a listed release of Dec. 31, 2014. In Super Smash Bros., the Amiibos can be scanned by the Wii U and “sent” into the game, where players can train it, fight alongside it or compete against it. The Amiibo will level up and gain new abilities over time. Amiibo features for other Wii U titles will be announced by Nintendo soon, according to Polygon.

What do you think of the Amiibo line-up? Are there any characters you want to see in there that got left out, or does the whole experiment leave you cold? Let us know in the comments.