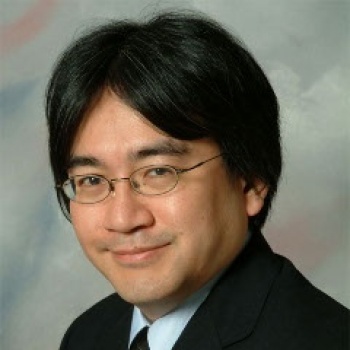 Nintendo President and CEO Satoru Iwata is having a bad week. Just yesterday, Nintendo announced that it’s lowered its predicted earnings for the 2011-2012 fiscal year by 82 percent and that the (relatively) slow selling Nintendo 3DS is receiving an $80 price cut, less than six months after the handheld’s launch. Now it seems Iwata himself is also getting a price cut.

The fourth CEO of Nintendo, who was named one of the top CEOs in the world by Barron’s Magazine back in 2007, will see his yearly income of approximately $1.7 million, which includes both his salary and performance based bonuses, cut in half. Other representative directors, including Mario-creator and general lovable oddball Shigeru Miyamoto, will be taking a 30 percent pay cut while nonspecific execs are losing 20% of their wage.

The pay cuts are ostensibly part of Nintendo management “taking responsibility” for poor 3DS sales, the cause of which Iwata speculated on last month.

“The current situation,” he said when asked about the 3DS’ slow sales, “resulted from the fact that the delay of developing Nintendo 3DS software and launching online services, like Nintendo eShop, 3D video services and so forth, occurred simultaneously, so we could not meet people’s high expectations that they had before its launch, and we did not see momentum after the launch.”