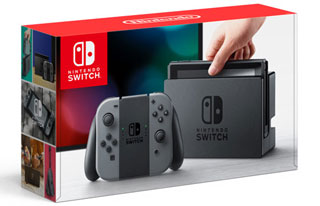 It’s still hard to find the Switch in stores, but Nintendo is looking to address that issue.

The Nintendo Switch is still one of the hardest items to find in your local game store, but that could change if Nintendo has its way. The company is still working to scale up production of its new console to meet demand.

Nintendo of America President Reggie Fils-Aime told IGN that the company is working to improve supply, but that he couldn’t confirm when that might happen.

“What we are doing, as quickly as we can, is scaling up the production to make more available into the marketplace, to get to the point where every consumer who wants a Nintendo Switch can find a Nintendo Switch,” Fils-Aime said. “That’s what we’re trying to get to. I’m not going to tell you when we’ll get there, but our goal is to improve our supply chain so that more product is available to more consumers. And that is a key focus.”

The Nintendo Switch shipped 2.74 million units in March, and the company hopes to ship anther 10 million in its 2017-18 fiscal year. That won’t be possible unless it addresses the production and stock issues that seem to be plaguing the system right now.