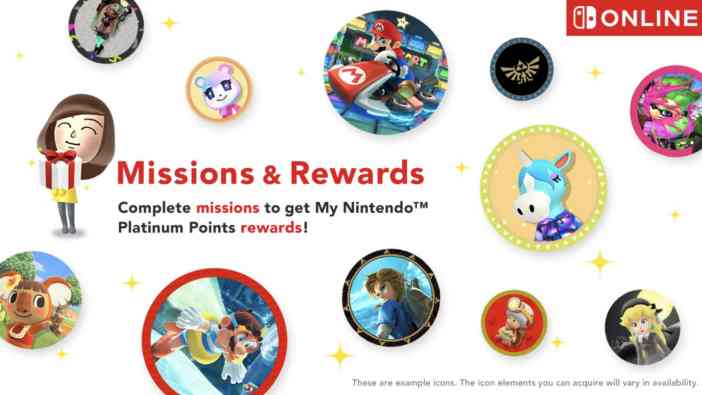 Missions and rewards are not unlike Microsoft’s quests and rewards features, which allow Xbox Game Pass subscribers to earn points by completing a rotating list of assignments. However, where Xbox users have the freedom to save and spend their points on gift cards, in-game content, accessories, and a lot more, Platinum Points can be spent at the My Nintendo Store or on unique Switch profile icon customization options.

The new Missions & Rewards section of the Nintendo Switch Online console app shows the purchasable icon elements, including profile frames, background elements, and characters from Super Mario Odyssey and Animal Crossing: New Horizons. From there, subscribers can mix and match elements to create a unique profile image. Every month will rotate rewards in with a new theme, while icon elements are refreshed each week. You can see how rewards can be combined in the image below. 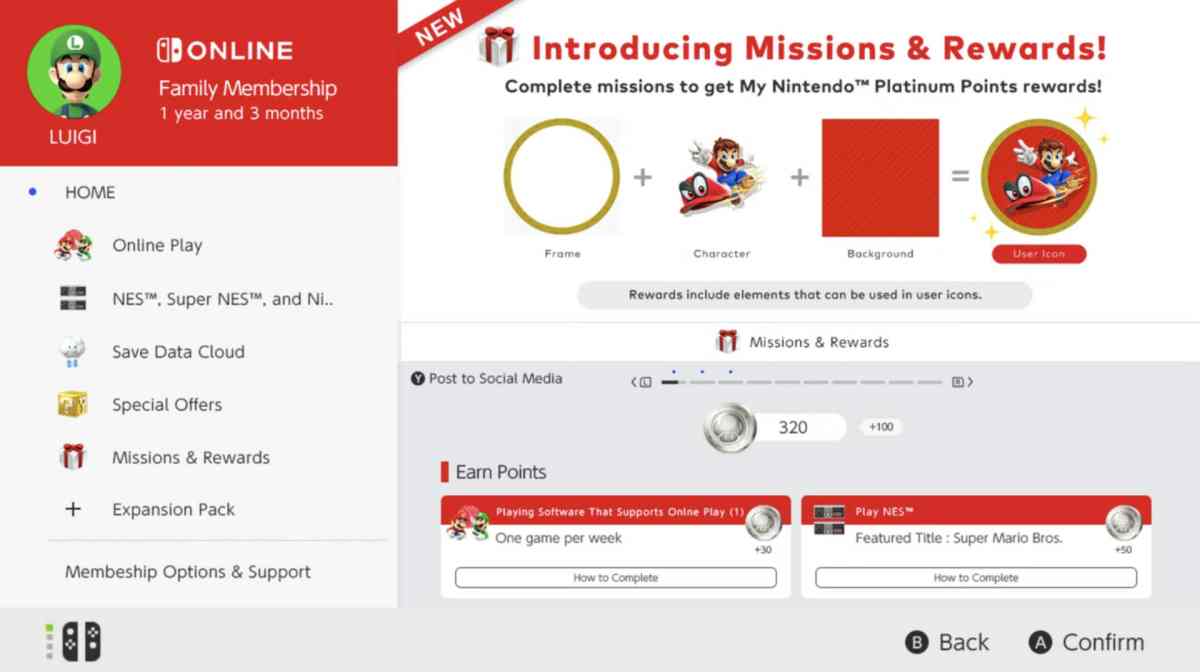 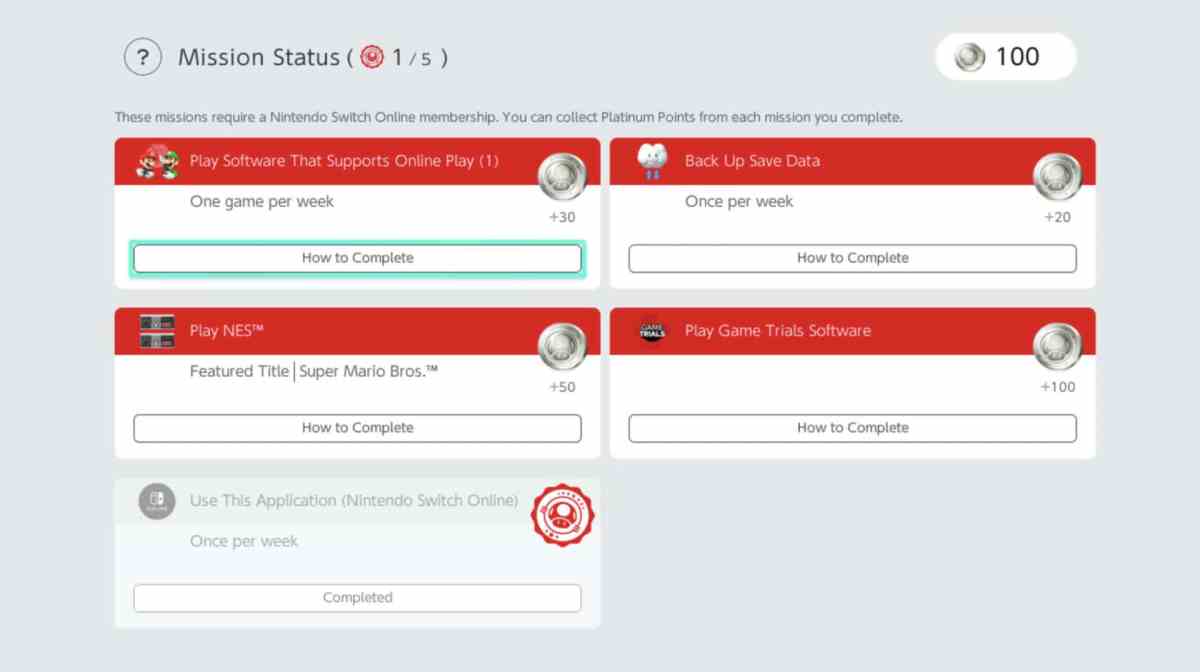 As noted, Platinum Points earned from Nintendo Switch Online Missions & Rewards do not have to be spent on profile icon customization. Nintendo has long offered additional goodies for your points through My Nintendo, with gifts ranging from downloadable wallpapers all the way to physical collectibles. Those looking to hoard as many points as possible should visit the My Nintendo Missions page for a long list of objectives to complete, including many that do not require Switch Online.