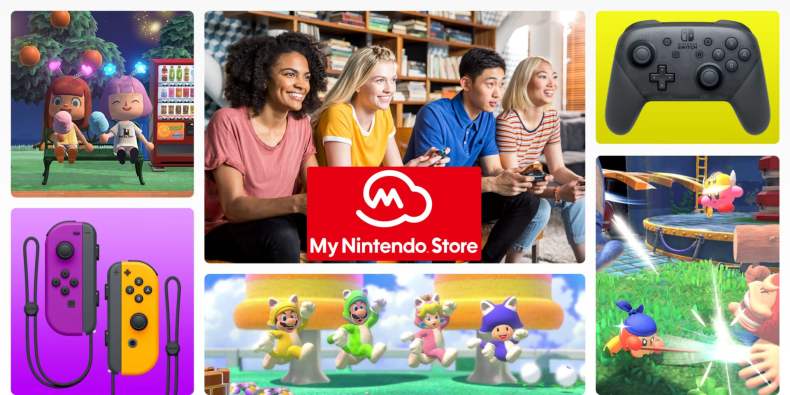 For the United States and Canada, Nintendo has opened the My Nintendo Store as a new, official shopping hub for physical and digital video games, hardware, merchandise, and exclusive Nintendo products. This is a considerable expansion over what the Nintendo website offered before. For example, until now, you typically could only buy digital eShop copies of games from the main website.

The Exclusives section of the My Nintendo Store has a wide selection of cool stuff already, like some nice Mario shirts, a couple Zelda pillows, and an $80 Animal Crossing jacket. And of course, the website is directly selling Nintendo Switch consoles, controllers, and more obscure stuff like Game & Watch: The Legend of Zelda. Even Nintendo Switch OLED is currently in stock. Basically, this is the closest you will get to a Nintendo NY experience outside of living in New York City.

It’s just too bad that the Wii U and Nintendo 3DS eShops are in the process of shutting down.