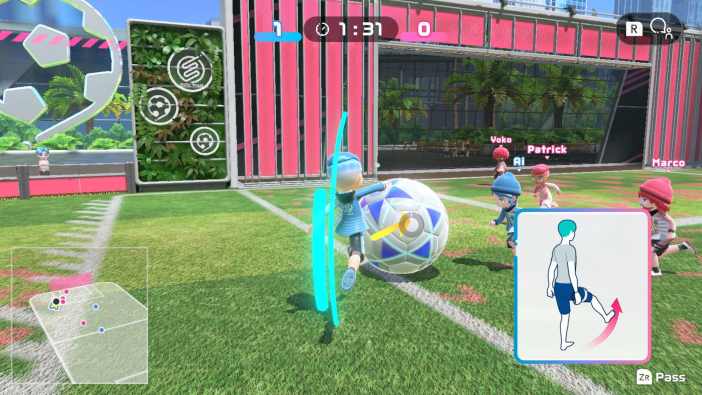 Predictably, Nintendo Switch Sports has not become the cultural touchstone that Wii Sports was more than 15 years ago. It is nonetheless a decent option for sports fun with friends and family though, and Nintendo is continuing to support it. On July 26, a Nintendo Switch Sports update will add Four-on-Four and One-on-One Soccer matches using the Joy-Con and Leg Strap accessory, as well as new Slide Attack and Rocket Serve moves to use in Volleyball.

There is also an update to the Nintendo Switch Sports ranking system to watch out for on July 26: “With this update you can reach for even greater heights when you play online in the Pro League with the addition of the new S Rank and ∞ Rank. When you aren’t spiking, swinging or striking for the new ranks in random matchmaking, you’ll be able to easily join Friend Matches using Room IDs.” Of course, an active Nintendo Switch Online subscription is required for online play.

Reach for the top in the online Pro League with the addition of the new S Rank and ∞ Rank. Show the competition your skills and see how high you can rank! pic.twitter.com/pNv2I7B0rE

If you haven’t bought this game yet, this update is not likely to get you excited to go out and change that. But it’s a better-than-nothing addition for those who already own it. Meanwhile, golf will arrive in an update this fall, hopefully enhancing the experience in a more substantial way.

In the interim, if you do have a Nintendo Switch Online subscription, you have some quirky new NES and SNES games to play.