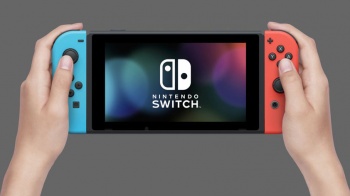 Despite Nvidia’s claims of a “custom” Tegra chip, a breakdown and analysis reveals the Switch uses the exact same X1 in the Shield Android TV.

Way back in December of last year, when we were first learning about the Nintendo Switch’s internal specs, Nvidia claimed that a custom Tegra chip would be used in the console. However, a teardown of the device from Tech Insights (via Eurogamer) has revealed that the chip inside the Switch is just a plain old vanilla Tegra X1, the exact same chip used in the Shield Android TV.

Tech Insights came to this conclusion by comparing the physical configuration of the chip with established designs. The configuration of Switch’s chip is visually a match for the processor found in the revised 2017 edition of Nvidia’s own Shield Android TV, right down to the same assortment of surface-mounted capacitors surrounding the processor.

What does this mean? The bottom line is that the Switch will only ever be as powerful as the Shield Android TV. Eurogamer’s recent benchmark of a port of 2013’s Tomb Raider on the Shield revealed a whole host of issues, including 720p rendering, and off-putting jerkiness owing to a complete lack of frame-pacing. It admits that this could be in part due to the Android OS.

This would also likely explain why Bethesda is being so coy on whether or not the Skyrim version confirmed for the console is the 2016 Special Edition or not. It’s likely the Switch simply isn’t powerful enough for that, and what it will be getting is a port of the vanilla edition of the game, from 2011.