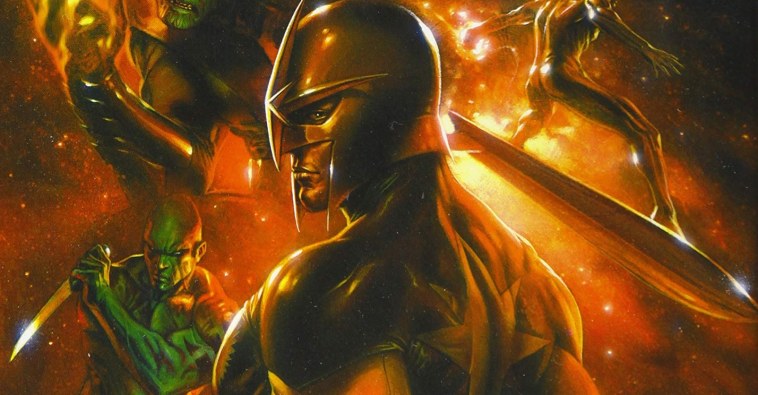 Marvel may eventually bring the big guns into the Marvel Cinematic Universe, but as of now the studio seems to be content with developing films and series around a slew of increasingly lesser-known superheroes. The next MCU movie and/or TV series, according to Deadline, is Richard Rider — Nova.

It has not yet been determined whether Nova is a movie or a limited Disney+ TV series set in the MCU. What is known is that Marvel is once again pulling from its massive ranks to develop the series. Kevin Feige is, of course, producing, and the studio has tapped Sabir Pirzada to write the project. Pirzada was in the writers room for the soon-to-be-released Moon Knight, starring Oscar Isaac.

While Nova might not be a household name, he does have a long history in Marvel Comics, first debuting in Super Adventures in 1966. The character is a member of the intergalactic police force known as the Nova Corps, whom we saw Glenn Close leading as Nova Prime in Guardians of the Galaxy. He has some standard superpowers like flight and super strength and was known as the Human Rocket, but he came into renewed prominence with the 2000s event comic Annihilation.

Between Nova and the third Guardians of the Galaxy film coming out next year, it looks like Marvel may be taking a deeper dive into the cosmic MCU. Nova has also had plenty of battles with the Skrulls, who play a big part in Captain Marvel’s stories and will definitely have a role in the upcoming Secret Invasion series.

As Marvel moves into more niche characters over the coming years, it will be interesting to see if the fans follow along. It doesn’t seem like fans are dropping off in any way despite the new slew of characters, as the MCU barrels along on its own strength now and not on people’s knowledge of comic book characters.