If there’s one big thing to take away from Oculus Connect 2, it’s that the biggest companies behind virtual reality mean to make it “a thing” through sheer force of will.

At the second-annual Oculus developers conference, the company showed off a variety of content initiatives-from new games to aspects like social connection, mobile VR products, partnerships and apps. Oculus, Facebook, Samsung and various developers mean to deluge consumers with ways they can use their VR gear, in hopes of making the devices so appealing, you’ll be dragged into the hype along with the existing VR true believers.

It’s hard not to get swept up in the infectious excitement.

“It’s you guys who are making the experiences that are going to light this up and make it (VR) an incredible product,” Oculus CEO Brendan Iribe told developers from the stage of the Oculus Connect 2 keynote presentation.

The truth of VR still seems to be somewhere in the middle. Don an Oculus headset and you’ll find yourself excited by the possibilities of present in the technology. But the barriers to entry-cost, space, equipment, wearing a screen on your face that cuts you off from the world-are still there, and Connect 2 was a big reminder of the challenges VR faces, even as Oculus showed off the coolest stuff made for its platform to date. 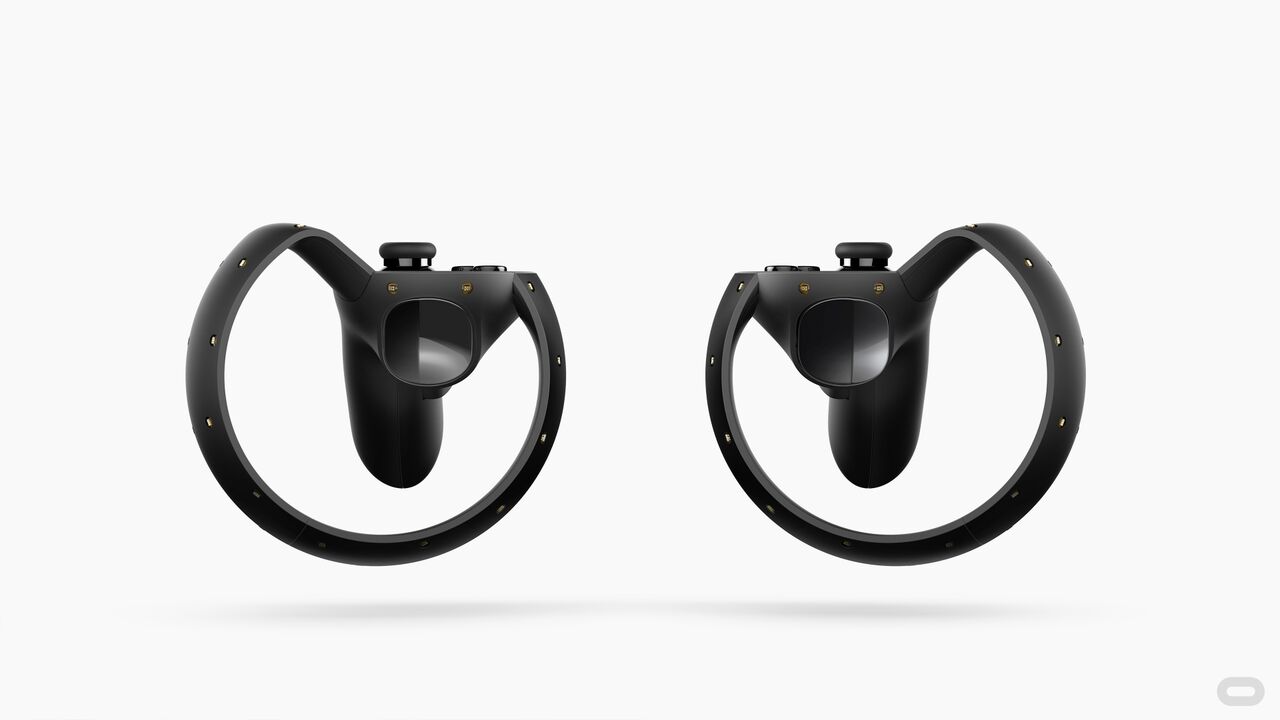 Presence in the World

The star of the show was arguably Oculus Touch, the tech that takes VR from being just a 3D screen attached to some goggles to an experience within which you actually feel present. Touch is a pair of goofy looking controllers that wrap around your hands-imagine pistol grips akin to the Nintendo Wii’s nunchuck controller and you’re on the right track. The controllers are meant to mimic your hands, and paired with a camera that tracks your motion, gives you the ability to grab stuff in VR.

The controllers are simultaneously a strange thing to adapt to and surprisingly intuitive. A trigger button acts as your index finger in VR; another under your middle finger simulates opening and closing your grip when picking up objects. Thumbsticks and face buttons round out the controller, bridging a traditional gamepad with an interface that’s meant to represent your actual hand.

Oculus has done a great job of making this work as you interact with imaginary objects visible on the screen. It takes a little getting used to when picking up things by tapping a button with your middle finger, but the controller in your hand gives your brain the sense you’re actually gripping the thing you’ve reached for. Spectral hands on screen help you feel like the 3D virtual space projected to your eyes is actually somewhere you’re existing within, and gives the right sense of distance and depth you need to be able to grab the object you want, and not the one you don’t.

Touch is best demonstrated with the Oculus Toybox demo, which is full of random little objects you can grab and utilize. In addition to on-screen hands, Toybox also represents your head, thanks to the tracking camera, so when you enter the space with a second person, you feel like you’re really interacting with them. And Toybox is full of cool little proof-of-concept ideas that demonstrate the potential of Touch.

In Toybox, you can stack blocks, play tetherball, bat balls back and forth with make-believe ping-pong paddles, and more. There are a mess of objects available in the demo, and a few even get pretty meta. Pick up what looks like an Oculus Touch controller in Toybox and you can drive around a radio-controlled tank, aiming and firing its cannon with a laser sight projected out from your hand. It all feels pretty solidly like you’re manipulating the objects in the real world, without that uncanny weightlessness feeling that comes with waving your hands at fake items as you might with Xbox’s Kinect controller.

The demo even comes with a shrink ray: use it on your partner and they wind up small, with an appropriate change in perspective. When my demo-giver hit me with the ray, I found his head avatar became enormous, and even his voice became deep and booming, like I was suddenly interacting with a giant.

It all suggests some really cool possibilities that come with VR, even if Toybox is just that: a little distraction you probably wouldn’t spend more than 10 or 15 minutes with if you had it at home.

Reaching Out and Touching Games 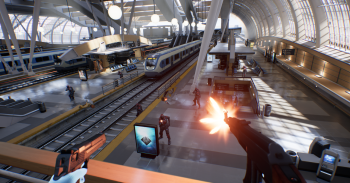 Connect 2 had a handful of games available to try with Touch, all of which came off as interesting proof-of-concept demos that suggest even more possibilities.

Puzzler I Expect You To Die casts players as a James Bond-like agent and puts you inside a car, which is itself inside a mid-air cargo plane. Your task is to drive the car out of the plane within five minutes. Then you start looking around the cab to figure out how to escape. Find the key in the visor and you can turn on the ignition, but that triggers a retina scanner-which you fail. The scanner then tries to kill you with a laser, and you have to physically duck clear to avoid it.

After that, it’s on to defusing a bomb, finding a way to activate the car’s on-board cannon, and more. All the tools are in the car, and you have to quickly find and open compartments with your Touch controls to locate what you need. Find a pocket knife and you can flip it open to cut the bomb’s wires, for example.

Some of the same ideas-picking up and manipulating various objects-are at the heart of the demo Job Simulator, in which you find yourself as an office drone parked at a desk. You complete various tasks like making coffee and stamping files, before you’re free to mess around at your desk. You might try squeezing a virtual stress ball or throwing virtual paper airplanes, or photo-copying your head by leaning forward with your headset on (do so and a brain comes sliding out of the copier’s paper tray). It’s mostly just a space to mess around in, but with titles such as Surgeon Simulator that are built on screwing with your ability to manipulate an in-game world already out there, it’s not hard to see where Touch could open up a lot of avenues for games.

But probably the easiest gaming transition for Touch, and VR at large, is in first-person shooters. Demo Dead and Buried gives players a couple of revolvers and an Old West location to shoot targets in, and it’s hard to overstate how intuitive Touch controllers feel when they represent guns. The same was true of Epic Games’ Bullet Train demo, which makes more use of the controllers’ face buttons, but mostly just focuses on picking up, putting down and shooting guns.

More Than a Gaming Peripheral

Oculus’ big push with VR isn’t just limited to Touch, however, or with adding a head-mounted display to existing games, as has been done with Alien: Isolation. Facebook founder Mark Zuckerberg showed up at the Oculus Connect 2 keynote to tout the future of consuming content on social media, mentioning things like 3D video and interactive spaces. It’s been obvious Facebook sees VR as more than a gaming device, and Oculus looks to be working to make sure it’s not just the hardest of the hardcore who shell out for VR gear. 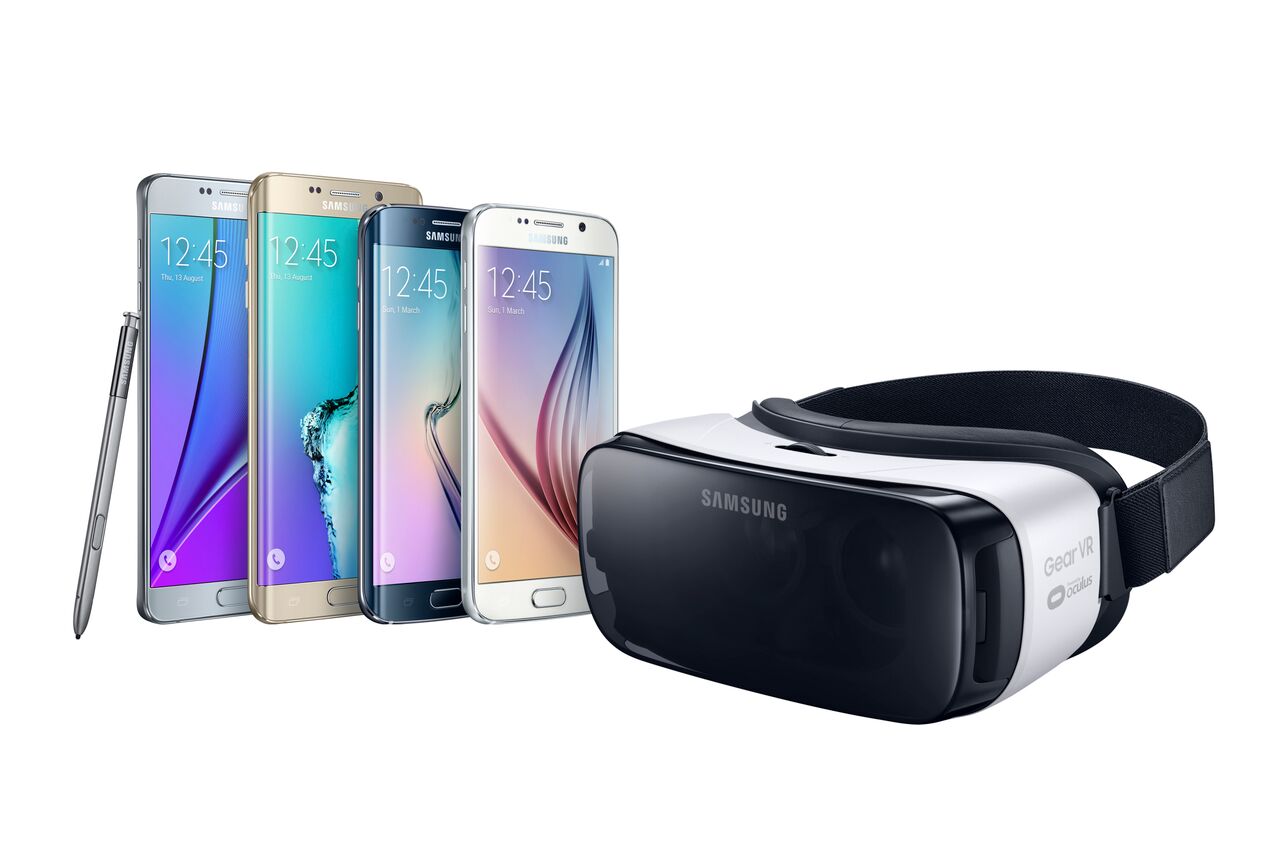 Among the other things to show off for Oculus were Medium, a Touch-based sculpting program that Oculus bigwigs referred to as the platform’s Paint app, and social viewing experiences. Oculus Arcade lets you wander around playing games on virtual arcade cabinets. And on Samsung’s GearVR, which uses a Samsung Note 6 phone as the computer component of the headset, you can create a virtual viewing party for services like Twitch and Netflix. Strap on the headset, and it becomes like you’re sitting in a virtual theater, watching a Twitch stream projected on the wall ahead of you. Turn your head and you can look at avatars representing the people you’re viewing with-presumably your friends in most circumstances. It’s weird in practice, putting on a screen to sit in a pretend room to watch another screen, but these social ideas do seem like it might be interesting to do with pals who live miles or even countries apart from one another.

There are other ideas at play with VR, and one can’t help but feel like the people at Oculus and its partners know they have an uphill battle ahead of themselves. You can play games and talk to other people and make art and watch Netflix on your headset. Just in case you thought you get bored, they seem to say. And the possibilities are definitely there.

But the big questions remain, and Oculus Connect 2 didn’t answer some of the hottest-burning ones: when the Oculus Rift will be out, and how much it will cost. (Samsung was the only company with solid product info, announcing a new version of its GearVR for $99 that will be compatible with all its flagship 2016 phones.) And then there’s the question of the Touch controllers, and the camera (or maybe two) that you’ll need to make them work. And you can’t forget about the space VR requires to work well-you might not need a big empty room to use the Rift or Touch, but it’s also not a static, lay-on-your-couch-and-game kind of experience, either.

Right now, Oculus and others seem to think that the best way to overcome those issues is to make sure VR provides a variety of great experiences, and they’re probably on the right track to do so. As I mentioned above: Even when it’s ridiculous, it’s hard not to get caught up in the infectious VR excitement.