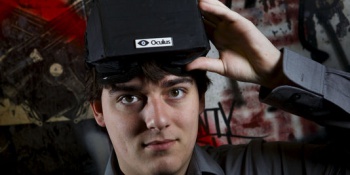 Oculus VR founder Palmer Luckey states he “did not expect to be getting so many death threats and harassing phone calls” over the company’s Facebook deal.

While not everyone has exactly been happy with Facebook’s $2 billion acquisition of Oculus VR, it seems things have taken a turn for the worse. Posting on Reddit, Oculus VR founder Palmer Luckey has revealed that he — along with his staff — has received death threats over the Facebook deal.

Palmer’s post can be read in its entirety below.

We expected a negative reaction from people in the short term, we did not expect to be getting so many death threats and harassing phone calls that extended to our families.

We know we will prove ourselves with actions and not words, but that kind of shit is unwarranted, especially since it is impacting people who have nothing to do with Oculus.

Just last week, Oculus VR’s community manager has revealed that the second development kit (DK2) of the Oculus Rift is selling “just fine,” but I assume the people sending these threats aren’t the ones buying the device. While I understand that some people get passionate about certain products and companies, but to hurl death threats? That’s something I don’t think I can get on board with, regardless of which company buys whom. Hopefully, this sort of behavior stops, but with the internet giving a blanket of anonymity, I sadly don’t see it happening anytime soon.