Hang on. I want to talk about the gender makeup of videogames, but I don’t want this to turn into another outrage-fueled battle over gender politics. So before we have the conversation, let’s have a meta-conversation about the conversation. 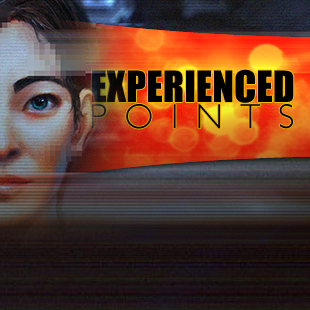 If I said, “I’m sick of Ubisoft-style games where the gameplay is a list of chores” then that would be a conversation about games. Maybe you agree, maybe you disagree, but in either case it would make for a perfectly ordinary discussion. If I say “we should have more games with a silent protagonist” then I might get some mild backlash because that’s a slightly unpopular opinion, but the resulting debate will feature the pros and cons of silent protagonists. Maybe you think we have too many, or maybe you think we need more, but we’ll still be talking about games.

But if I say, “I’m sick of playing as a dude in so many games”, then the resulting conversation won’t be about games, it will be about gender politics. And it will quickly become a dumpster fire of anger and accusations.

This is mostly due to two very small but loud groups of people. The first group (not always the first to start the conversation, mind you) frames the overabundance of male leads as a harmful social ill, and insists that only bigots would disagree. The other group feels the need to respond with disproportionate hostility, accusations of “censorship”, and counter-claims of bigotry.

There are lots of good points to be made on both sides in this debate. There are lots of good reasons for someone to be dissatisfied with the current state of things and lots of reasons to be content, but those points end up drowned out by the people trying to invent new ways to accuse each other of being Hitler. (The mechanics of why the fringe dominate this conversation are interesting when examined through the lens of game systems and implicit win states, but that’s the subject for another column.)

This sucks if you’re like me and you enjoy examining videogames and watching the ebb and flow of various trends and tropes, but you don’t want to write five paragraphs of disclaimers and emotional cushioning every single time the topic comes up. Sometimes I wish we could discuss character design decisions with the same ease that we can discuss (say) level design or the merits of motion blur effects.

I think the various “sidekick” trends in gaming are really interesting. A few years ago we had the “dad” angle: Corvo in Dishonored, Joel in Last of Us, and Lee in Walking Dead. You played as a dad character, guarding a daughter character.

I think both of these recent trends – “dad” games, and “sketchy female coach” games – are simply the most obvious solution to the given problem.

Then a couple of years later we have the “sketchy lady” sidekicks: Catherine from SOMA and Delilah in Firewatch. Both are women you interact with through a speaker, instead of in person. Both are allies where the interactions are amicable, even when the relationship is slightly adversarial. Both are characters that you’re not supposed to trust completely. (If you wanted, you could probably squeeze GlaDOS into this group, although obviously she’s pretty different from the other two.)

What I find interesting is how the “dad” games all came out close enough together that their development overlapped. It’s not like these games were copying each other. Given the time required to take a game from inception to release, this is clearly the result of multiple teams making the same creative decision independently. Several teams made dad-games, and then a couple of teams made games where you’re a guy, and the only other persistent character in the story is a sketchy female coach / guide.

But I think we can explain both trends with a few simple observations. I don’t think these similarities are a coincidence, I think they’re the natural result of creative decisions and tropes that trap the writer:

I wouldn’t mind having more variety in videogame protagonists, but this isn’t the place for that debate. Let’s just accept that either the writer wanted to make a story about a guy, or the people funding the game were nervous of funding a female-led game. Maybe you’re fine with this, maybe you’re not, but for the purposes of this discussion let’s just accept it and move on.

2. The writer doesn’t want to make the game a sausage fest.

The lead is male. In most games, you need to kill or beat up the villain at the end, so making a story about a dude who spends the entire game trying to kill a lady is… risky. The movie Dredd made the case that you can tell a really good story with that premise, but to be honest this sounds like controversy waiting to happen. So you’re stuck putting the females into the supporting cast. And in a lot of games, the cast isn’t that big.

So now we end up with ladies as sidekicks. Which brings us to the thing I think everyone is trying to avoid:

3. You don’t want to write a romance.

As soon as you have male and female leads of the same age, the audience will immediately suspect – and perhaps demand – that they hook up, flirt, or otherwise create a romantic arc together. Sure, real life isn’t like that, but the trope is so relentless, so pervasive, and so universal, that it’s insanely difficult to correct audience expectations. (Although once again, I think Dredd nailed it. I can’t say enough good things about that movie.) This trope transcends settings, tone, genre, and age groups. It happens in animated features for children. It happens in screwball comedies. It happens in high fantasy. It happens in cheesy 80’s action flicks. And on top of all of those, we even have romantic comedies, a genre dedicated to this trope in its undiluted form. 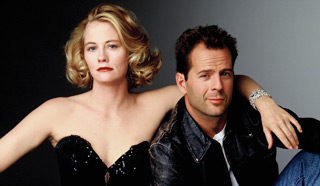 Maybe the writer should make the two characters fight, to show that they aren’t destined to hook up? Nope. That falls right into the Moonlighting / Dramedy hole. If anything, making your leads bicker will only intensify audience expectations. The audience will conclude that these two just need to screw already and get it over with.

No, that’s not “realistic”. In real life, people don’t usually express attraction through relentless squabbling. But decades of media consumption have created these expectations and they are not easily overcome. Fans of romance don’t need every story to have one, but they will be very unhappy if you make them expect one and then don’t give it to them.

I think both of these recent trends – “dad” games, and “sketchy female coach” games – are simply the most obvious solution to the given problem. You want a female character, but you don’t want want to make another damsel story and you don’t want people to expect (or even wish for) a love story, so you make the female lead a young girl. Then once “dad” games are a predictable trend, the next most obvious course is to make the female lead someone that makes us uneasy. If the protagonist bickered with her we’d assume it was romantic tension, but if they get along on the surface with an undercurrent of distrust, then it seems to negate the usual expectations for romance.

A fun exercise: Try to come up with some other story structures that follow the male lead + clearly non-romantic female lead formula, and keep an eye out for future games that use that idea.

Shamus Young has written 265 of these game criticism columns, and now he has a videogame coming out next week!