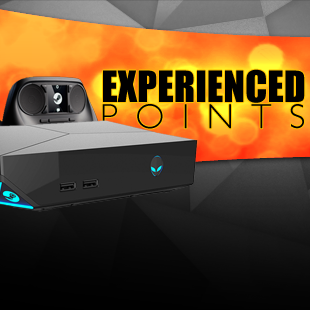 Let’s talk about user numbers, shall we? I’ve got some interesting statistics to share, but before I talk about that we need to put things in perspective. Let’s start with the Big Three: Nintendo, Sony, and Microsoft.

Assuming we’re going to trust Wikipedia, then as of this writing the Xbox One has sold about 4 million units to the Playstation 4’s 6 million. Those are pretty small user bases right now. I certainly wouldn’t want to aim a big-budget AAA game at one of those two platforms as an exclusive. I mean, even if 50% of all Xbox One users buy your game, that’s only two million units. Which is apparently not nearly good enough these days.

But it’s early in the console generation, so let’s look at the previous one. The Xbox 360 sold 80 million units. However, its stunning 54% failure rate (!) means that there’s less than 37 million of them still in service. Sony might have bungled The Playstation 3 design, but it also sold about 80 million units. The PS3 failure rate was better than the Xbox 360, but still pretty embarrassing at 10%. Which means there are about 72 million still in operation.

I don’t know if I feel comfortable declaring a winner for the last generation. Who do we give credit to? The platform that sold the best but had the fewest titles and gathered the most dust? (Wii.) The platform that sold well because units kept failing? (Xbox 360.) Or the platform that sold terribly at first but eventually caught up when the other two turned out to be poor long-term investments? (PS3.) I don’t know. It’s like a marathon where the first guy got lost and left the race, the second had a heart attack, and the third eventually crossed the finish line after two days. The last guy might have “won”, but I wouldn’t call him a winner.

Keeping all this in mind, I ran into an interesting figure cited at the Steam Dev days, showing that there were 75 million active Steam users as of the end of 2013. That number includes everyone who has bought at least one game and is currently active in the community. (So abandoned accounts and accounts with no games don’t count.) That means there are more people actively using Steam than all Xbox, Xbox 360, and Xbox One users combined. Since a lot of consoles end up gathering dust or being used as video players, the number of Steam users is possibly greater than the number of PS3 and PS4 users combined.

This is huge. For the last decade the conventional wisdom has been that the PC doesn’t matter. Publishers regarded the PC as a small market made up mostly of non-gaming machines, gutted by used game sales and plagued by pirates. Keep in mind that Steam games are, by virtue of being on Steam, not pirated. They also can’t be loaned or re-sold. The hardware specs of these users is publicly known, and basically all of them are more powerful than an Xbox 360, and a lot of them meet or exceed the Xbox One specs. No matter how you look at it, Steam is everything publishers have claimed they wanted in a market. It has all the features (no used games, built-in DRM) that Microsoft was trying to put in the Xbox One, only done in a way that’s less confusing for the end user. And most importantly, Steam is at least as big as any of the console platforms.

Whenever I talk about the dominance of Steam, I always get a couple of people accusing me of being a “fanboy”. So before I go any further I suppose I need to make this clear again: I actually think it’s terrible that one platform has such massive control of the PC market. I would have loved nothing more than to see Origin, Gamers Gate, or GameStop (née Impulse) become large enough to act as a counterweight to this growing Steam hegemony. You’re free to love or hate Steam as much as you please, but if you want to be a grownup about this you have to be able to have a conversation about why company A is doing better than company B without reflexively shouting “hater” or “fanboy”. This isn’t about pride or fandom. This is business. Regardless of whether you love, hate, or are apathetic about Steam, its size and influence has it standing with the Big Three, which means that it is an important player in the industry. 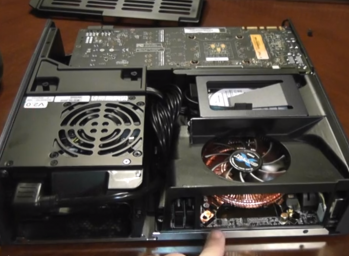 Back at the turn of the century, a lot of companies – including the one I worked for – concluded you just couldn’t do business in Russia. The Russian market was plagued with fraud, stolen credit card numbers, hackers, and piracy. Our merchant account (our ability to perform credit card transactions online) was in danger of being revoked. So many of our Russian transactions were bogus that the credit card companies didn’t want to do business with us. We eventually had to block all Russian traffic just to get back in good standing with the credit card gatekeepers. Like a lot of companies, we walked away from the Russian market and never looked back.

Fourteen years later, Valve is making it work. Russia isn’t just a healthy market, it’s the fastest-growing one and account for 5% of all game sales. I don’t know if the credit for this goes to Valve or to the Russian economy, but it’s worth noting when a company finally plants its flag on a hill that nobody else has been able to hold. It’s also worth noting that it’s having similar success in Brazil – another country thought to be hopelessly lost to piracy. They’ve devised a system of pricing games in a way that makes sense in the local economy and makes it more likely that people will be both willing and able to pay for the convenience of Steam.

I don’t want to imply that Steam has achieved global penetration. There are still worlds left to conquer. In Hong Kong, there aren’t game shops or big-box retail outlets where people buy games. Outside of MOBAs, there isn’t a lot to the digital market. Bringing Steam to those people will be a challenge, and bringing it to the rest of China is an even greater challenge. South Korea is wary of games that deal with North Korea. Japan is a bit more sensitive regarding gore than the west, but often way more permissive regarding sex. There are huge problems to solve to get significant portions of the population to adopt Steam when they each have their own currencies, payment preferences, and censorship concerns. Steam hasn’t taken over the world, but it’s going farther and doing business with people that the consoles and major publishers have been unwilling or unable to to reach.

I’m not at all impressed with what I’ve seen of the Steam Machine so far (a column for another time, perhaps) but if I was one of the Big Three I’d be terrified of having a new competitor in the living room that has a userbase of 75 million gamers to leverage. Sure, the Steam Machine could be the next Ouya, but it could also be the next iPhone: A dark horse challenger that quickly becomes a dominant player.

Steam is now massive even by standards of consoles. It’s more resistant to piracy than any other platform. There is no used game market. The hardware is maintained by the users, creating a base of perpetually upgrading customers without needing to create risky money sinks like gaming consoles. It has better penetration in global markets than anyone outside of Blizzard. We’re getting very late in a game of Monopoly where Nintendo, Sony, and Microsoft are fighting over Boardwalk and Park Place. And while they’re doing that, Valve has gobbled up almost everything else on the board. Its pragmatic, steady, implacable approach to building its platform is making incredible progress.

The PC market isn’t just a sideshow market anymore. There are billions on the line, and the major publishers would be wise to make sure their games are available to those 75 million people.

You can read more from Shamus Young on his website. Special thanks to Steam Dev Days and to the talented Robert Rath for a lot of the information in this write-up.