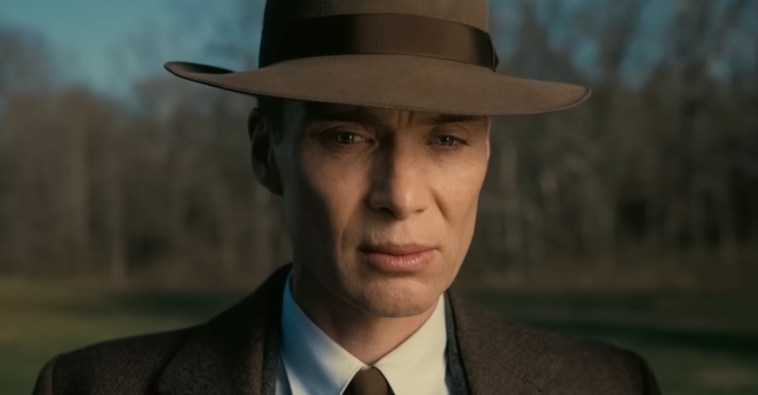 Christopher Nolan‘s Oppenheimer will not suffer from a lack of hype. The film has been buzzed about since well before it was even an idea in Nolan’s brain, and the studio was literally counting down to it a year before its release date, an almost unheard-of length of time for promotion to star on that scale. Now, we have a hint as to why as the first full trailer for Oppenheimer has dropped at last, and it is as visually arresting as it is emotionally charged.

As the title suggests, Oppenheimer is about J. Robert Oppenheimer, played by Cillian Murphy in a potentially career-defining role, one of the leading scientists behind the creation of the atomic bomb and a bit of an internet meme for his dead-eyed quote about his thoughts on the creation of it. Based on the book American Prometheus: The Triumph and Tragedy of J. Robert Oppenheimer, the movie follows his life over an extended period of time as we can see from the varying ages Murphy shows up in the trailer, tracing the arc of Oppenheimer’s joining the atomic bomb team, testing the bomb, and its impact on his life after it was used in World War II. What this trailer makes clear is that this will be a focused character study, as the entire thing focuses solely on Murphy’s performance and the bomb itself.

That is despite the movie having a stuffed cast. Emily Blunt doesn’t show up at all but plays the scientist’s wife Kitty. Also pretty much absent from the trailer are Matt Damon, Florence Pugh, Rami Malek, Kenneth Branagh, Gary Oldman, Robert Downey Jr., Benny Safdie, Josh Hartnett, Dane DeHaan, Jack Quaid, Matthew Modine, Alden Ehrenreich, David Krumholtz, Michael Angarano, and Matthias Schweighöfer. Yes, this film has that cast and doesn’t show them off at all in the trailer, instead focusing on Murphy and, of course, the absolutely stunning filmmaking from Nolan, who went as far as to recreate a nuclear explosion without using CGI (and also without detonating a nuclear bomb).