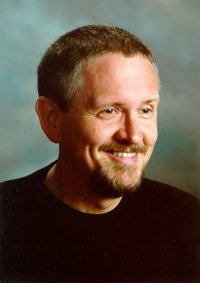 The last time Orson Scott Card was involved with a videogame what we got was the disappointing Advent Rising, but the sci-fi author has bigger and better plans for the game adaptations of his landmark novel, Ender’s Game.

The first Ender’s Game game will focus on the Battle Room, a simulated environment where children participate in war games and undergo training to prepare them for an intergalactic war against an evil alien species. Card, however, has a grander vision of where Ender’s Game videogames can go beyond that title. “My hope and plan is that the Ender’s Game computer and console games will not be mere tellings of the story, but rather true games with a high degree of replayability,” Card said in an interview with Sci-Fi Channel.

Instead of simply creating a minimally interactive retelling of the novel’s narrative, Card wants to immerse players in the Ender’s Game universe. “In other words, you don’t play the game once, so you can act out the story (as with, say, the Harry Potter movie-based games), and then discard it,” Card explained. “The Ender’s Game games will immerse you in the experience of different aspects of the life of these kids who train together in order to fight a war. I can see a Battle School online game as well as a Battle Room game, various Formic War games, even the Mind Game (or Fantasy Game) that Ender plays relentlessly on his computer.”

It’s nice to see a writer treating the adaptation of his work with this much earnestness and ambition, especially in the light of other videogame adaptations of literary classics. I’m not sure Card will ever get a fraction of the dozens of his ideas made into reality, but if you understand half of what Card’s talking about (Formic Wars? Wha?), I’m sure you’re excited for the possibilities.