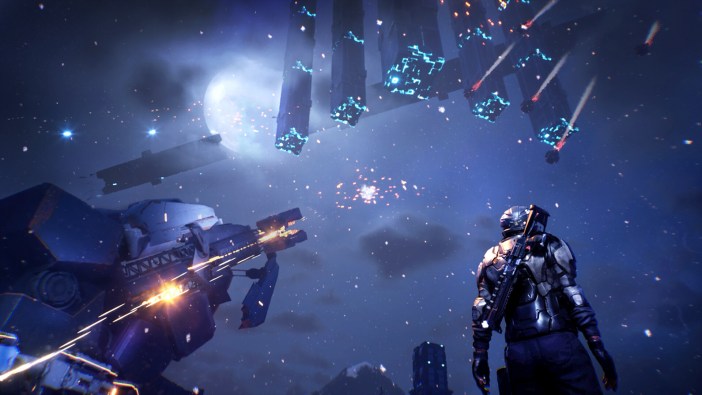 Outpost: Infinity Siege is a futuristic first-person shooter that looks akin to a base-building Titanfall from developer Team Ranger and publisher Lightning Games, and it’s due out on PC sometime in Q3 2023. A monster of an announcement trailer shows off an ambitious action adventure that pits players against entire armies of enemies. Tower defense, FPS, and real-time strategy elements are rolled into one in the trailer, and the hope is that Outpost: Infinity Siege actually might pull off its ambitious gameplay.

When they’re not collecting resources and building a fortified base, players will be able to take a boots-on-the-ground approach with a variety of weapons. As if the grappling hook didn’t tease its traversal mechanics enough, the video also shows that players will be able to launch and pilot their very own mech suit. The Titanfall comparisons don’t stop there, so be sure to see everything for yourself in the Outpost: Infinity Siege trailer below.

Per its Steam page, the game will include “abundant difficulty levels” and different maps, and players will be able to team up with friends. There’s also an Endless Mode for groups who want to truly test their will to survive.

Team Ranger is responsible for 2021’s Project Morpheus: Prologue, a short third-person shooter with puzzle elements and a unique inventory system. Although it shares little in common with this next game, it’s clear that the team behind these projects loves to put interesting spins on established game mechanics. Outpost: Infinity Siege has no final release date or announced plans for consoles yet, but stay tuned for updates.