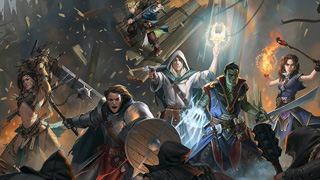 Owlcat Studios has enlisted Chris Avellone to write the new RPG based on the Pathfinder tabletop game – Pathfinder: Kingmaker.

If you’ve been around tabletop gaming in the last eight years, you’ve likely heard of Pathfinder. Paizo’s RPG began as a modification for the Dungeons & Dragons 3.5 ruleset, and has since grown into a game all its own. Now a new studio, Owlcat Games, is working on an isometric CRPG based on the Pathfinder rules, and it has brought in none other than Chris Avellone to help write it.

Pathfinder: Kingmaker is set in the Stolen Lands, a setting familiar to players of the tabletop game, and will feature many characters and locations from that setting. You’ll be able to take and hold territory, and even establish your own kingdoms. Owlcat says that this feature, “will go beyond simple stronghold-building to become a true reflection of the hero’s character and choices made throughout the game. Each kingdom will be a living thing shaped by alignment, choices, allies and the hero’s ability to lead his or her people.”

Speaking about the project, Chris Avellone said, “I’m a Paizo fan, and a Pathfinder fan. I like the setting, the art style, the adventure paths, the card game, and the iconic characters. I’ve enjoyed playing Pathfinder with my friends (we used to be part of an Ocean’s-11 style game), and I’ve enjoyed the comics, the world, and the overall setting. I’m excited by the prospect of bringing Pathfinder to the computer RPG world, and hope gamers will enjoy playing in the Pathfinder universe”

It sounds like it is very early days for Pathfinder: Kingmaker, but the announcement comes just ahead of PaizoCon 2017, which will be held next weekend in Seattle. We should hear more about the game then, but for now you can check out the official Owlcat Games website for more information.