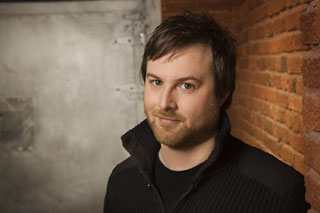 The former Assassin’s Creed creative director regained the rights to the project he was working on when THQ went under.

The long battle between developer Patrice Desilets and Ubisoft is finally over. It began in 2013, and according to a tweet from Desilets himself, ended yesterday.

Desilets left Ubisoft in 2010. After waiting for a one-year non-compete clause to expire, he went to work for THQ Montreal on a new project titled 1666 Amsterdam. But when THQ declared bankruptcy in 2013, Ubisoft bought THQ Montreal, and Desilets found himself once again employed by the company he had left.

Shortly afterwards, he was fired from the studio, at which time he declared his intention to “fight Ubisoft vigorously for my rights, for my team and for my game.”

Today’s tweet shows that not only did he fight, he was successful. The suit he filed against Ubisoft asked for $400,000 in damages, plus the rights to the 1666 project if Ubisoft cancelled it.

Yesterday’s press release states that Ubisoft has ceded all rights to 1666 to Desilets, who is withdrawing his legal action. “I’m glad Ubisoft and I were able to come to an agreement that will allow me to obtain the rights to project 1666 Amsterdam,” said Desilets in the release.

Desilets also said that he is now devoting his time to “the development of Ancestors: the Humankind Odyssey, my next game with Panache Digital Games.” One would think that once that’s complete, we might finally get to see 1666 move forward as well.