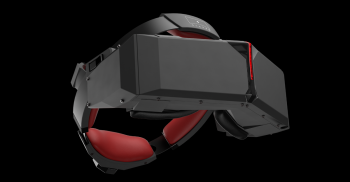 Starbreeze Studios has announced plans to open a a virtual reality arcade in Los Angeles they’re calling, “Project StarCade,” with the goal of making VR, “accessible for the masses.” The arcade, which will make use of Starbreeze’s StarVR line of head-mounted displays, is expected to open at an as yet undisclosed location sometime this spring or summer.

As of right now, the StarCade only has one announced title in its lineup, Overkill’s The Walking Dead VR, though Starbreeze has expressed interest in speaking with developers to expand the library.

Starbreeze has been demonstrating the StarVR headset with a demo of Overkill’s The Walking Dead VR on the convention circuit for the last several months, playable at Pax Prime, Twitchcon, and other events.

The western arcade business has been practically on life support for more than a decade, as steadily improving consoles pulled players out of the public spaces and into the comfort of their own homes. But the rise of this latest generation of virtual reality hardware could represent an opportunity to get people playing video games in arcades again, while addressing some of the challenges currently facing the new technology (such as price and consumer education).