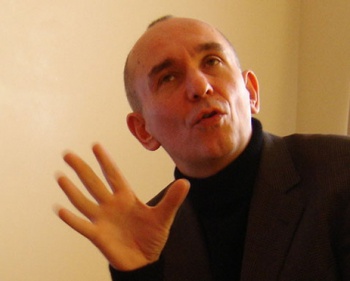 Fable creator Peter Molyneux wishes Kinect wasn’t a “requirement” for the Xbox One, and states he’s “sure” Microsoft will release a Kinect-less version since not doing so, “would be unthinkable.”

Are you a fan of the Xbox One’s Kinect? No? Well, you’re not alone. Apparently, famed game creator Peter Molyneux (Fable, Black and White) isn’t, either. Talking to EDGE magazine in its latest issue, the 22Cans founder states that Kinect feels like an unnecessary add-on, doesn’t work, and feels more and more like a “joke.”

“It feels like an unnecessary add-on to me. Maybe it’s because we’re in England, and it doesn’t really use the TV stuff, but it feels more and more like a joke. My son and I sit there saying random things at it, and it doesn’t work. They could cost-reduce it [by removing Kinect]. I’m sure they’re going to release an Xbox One without Kinect. It would be unthinkable that they wouldn’t.

Gaming enthusiasts have been clamoring for a cheaper, Kinect-free Xbox One for quite some time now (me being one of them), and it’s comforting to see that even developers want the same thing. For Xbox One users, do you agree that Kinect is a joke on the console or is Molyneux just not using it correctly?

In other Peter Molyneux news, the designer has admitted he hates free-to-play games, and that he’ll never be able to make his “perfect game.”