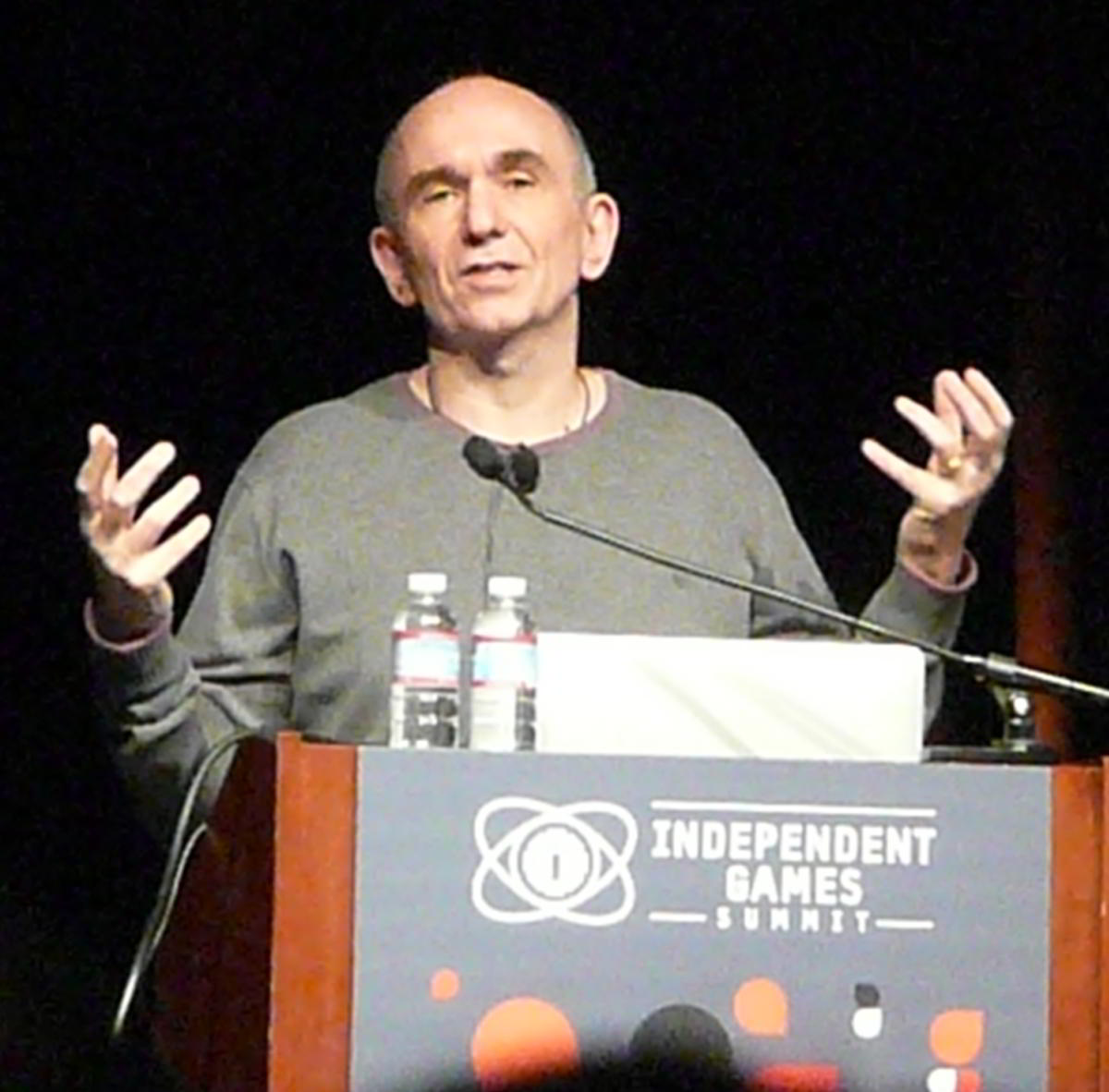 The venerable game designer of Populous and Fable explains how he went from indie to Microsoft, to indie again, and why.

The story of Molyneux’s career can all be explained by how each of his workspaces appeared, as he showed in a series of photos during his panel at GDC 2014. When he was a young designer in Britain, Molyneux was a smoker prone to keeping his cigarette burning on the plastic of his keyboard. That’s how he made Populous at Bullfrog Studios. Then he moved on to Lionhead, making games like Black & White, until eventually heading to Microsoft and creating the Fable franchise. His last desk at Microsoft was a piece of clip art, completely serene and devoid of personality. That’s why he quit, he said. Molyneux wanted to feel insecure in his position again. He wanted to be risky.

“At Microsoft, there was predictability. There was security. There was contentment. And you know what? I didn’t want any of that.,” he said. So Molyneux formed the independent company 22 Cans and is making games the dirty way again. “What indies are, and what indies represent, is danger.”

Molyneux had the desire to go back to his roots. Perhaps it’s a mid-life crisis, but he said he couldn’t shake the need to make a game that was similar to his first success, Populous.

“I longed to recreate the genre that my alcohol-addled brain came up with back in the late 80s,” he said. “I must innovate.”

22 Cans began a Kickstarter campaign for Godus, and Molyneux shared a bit of his trepidation with the process. “When your campaign starts, you break out the Excel sheets and predict that you can retire. ‘I’ll have more money than God.’ But then the middle stage begins, and no one is donating. You feel like the least popular kid in the playground.”

The Godus campaign ending making 20 percent more than the target and work began in earnest on the game. Molyneux released alphas to the backers, updating on their feedback, and even opened up Godus to Steam’s Early Access, which he loves.

“Anybody got a game on Early Access? Everyone should do it. It’s a fantastic service,” he said. “We got really incredible feedback from everyone who’s downloaded the game.”

He plans to release a full version of Godus in April 2014 in the select territories, before a wider release later this year. According to Molyneux’s presentation, he is extremely happy with the way the development of Godus has gone and he couldn’t be happier in his messy desk at 22 Cans.