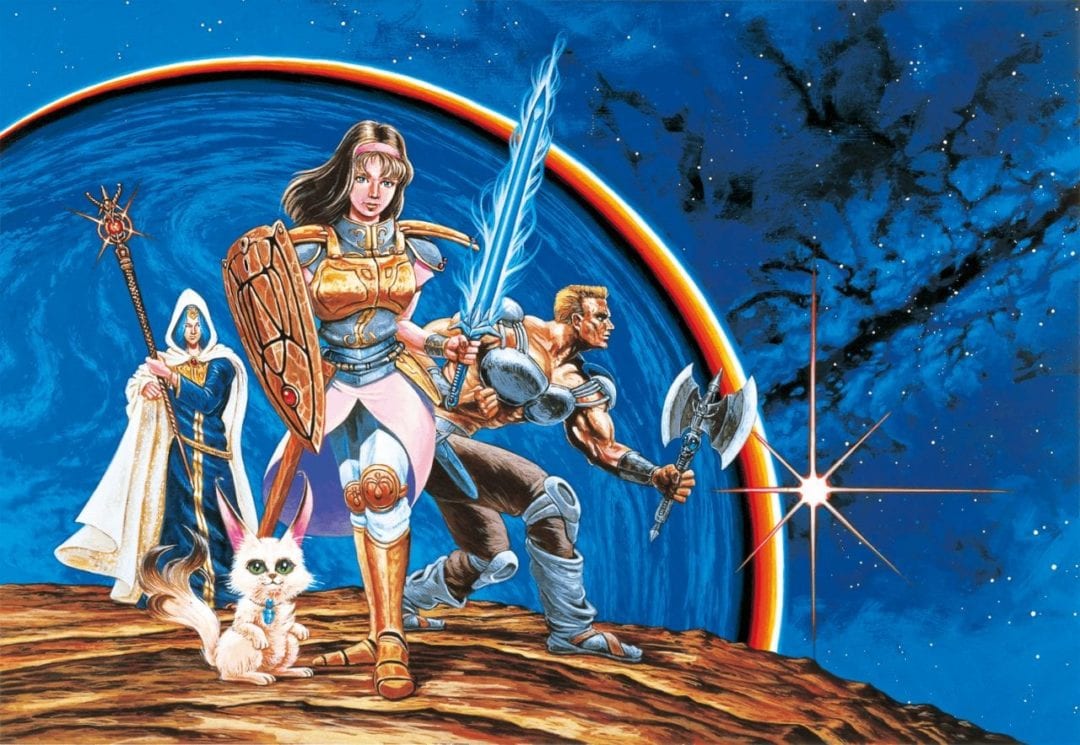 Phantasy Star is hard to play in 2019. As a historical artifact, it’s still admirable and worth preserving thanks to its rich setting. No one else was going all Terry Brooks on their console RPGs back in 1987, blending science fiction with Tolkien-esque sword and sorcery, but Sega nailed it with anime flair. For all its charms, though, Phantasy Star was clunky even in its own time. The game was mercilessly difficult. Only the most devoted roleplaying connoisseur or a masochist with a thing for 1980s manga could stomach trudging through the game’s bottomless well of random enemy encounters and hand-mapping its confounding maze-like dungeons. With its recent re-release on Nintendo Switch, though, graphic designer Rieko Kodama’s signature creation is more palatable. Thanks to the smart archival philosophy of the studio M2 it’s no longer a chore to experience what made Phantasy Star notable in the first place.

Like all of M2’s archival Sega Ages releases, Phantasy Star is presented with an exacting eye towards accuracy; every lush green town with its bulbous buildings wrenched off of a ‘70s sci-fi dust jacket, every lurid monster in every impressionistic dungeon you walk down (it looks 3D!) is here, brighter than they were 30 years ago and running smoothly. Those scrolling dungeons were remarkable to see in action back then and only made possible by Phantasy Star being released for the Sega Master System rather than its chief rival, the NES.

“When this game was created, there were only 10 people on the team. It is hard to believe that this was possible. I was the only one working on the character, background, event CG, concept art, and the pixel art,” Kodama told me via email. I asked her what her most enduring memory of working on the game was back in her 20s, the thing that popped into her head when she saw this version running on Switch. “The moment that I remember most distinctly was seeing the 3D dungeon moving on the monitor. One of Phantasy Star’s challenges had been to create 3D dungeons, so I was so glad the animation moved so smoothly.”

While the original game is included in all its sadistic detail, you can also play Ages Mode, which decreases the encounter rate and rewards you with far more resources after each fight against weird space mammoths. (What was with ‘80s Sega and sci-fi wooly mammoths?) The result is a game that feels classical but also idealized.

“When we were young, we thought to ourselves, ‘We want to make an RPG game that has never been seen before!’” Kodama said. “The game we attempted was Phantasy Star. We couldn’t think of many games which had 3D dungeons, animated monsters and maps, game design and graphics which were not RPG-like, and a scenario that took place in outer space. We’d be very satisfied if people felt our passion toward creating a game that no one had seen before.”

Before the Sega Ages release, I’d never been able to penetrate Phantasy Star. It was the kind of game you can appreciate and nod at like a respectful museum goer, passing between works you don’t have the context or will to fully appreciate it. Now I’ve gotten to see inside what Kodama and her small team achieved. I’m not surprised that the series has people carrying a torch for it all these years later; it still feels strange even after decades of Final Fantasy, Shin Megami Tensei and Mass Effect games cribbing its playbook.

I recommend playing it late at night in Switch handheld mode, preferably on a clear night with the stars out. Kodama also recommends a specific cocktail to pair with the game. “If I were to imagine [Phantasy Star heroine] Alis, it’d be a Bellini. When served in a champagne glass, the slim silhouette and the warm peach color would fit Alis perfectly.”