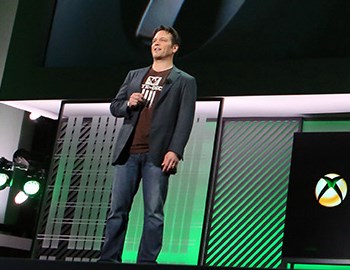 Microsoft CEO Satya Nadella announced today that Microsoft Game Studios chief Phil Spencer will take over as the head of all things Xbox, including Xbox Live, Xbox Music and Xbox Video. Spencer will also retain his current role at the top of MGS.

“Combining all our software, gaming and content assets across the Xbox team under a single leader and aligning with the OSG [operating system group] team will help ensure we continue to do great work across the Xbox business, and bring more of the magic of Xbox to all form factors, including tablets, PCs and phones,” Nadella said in a statement.

“This past year has been a growth experience both for me and for the entire Xbox team. We’ve taken feedback, made our products better and renewed our focus on what is most important, our customer,” Spencer said in a blog post at Xbox.com. “Our mission is to build a world-class team, work hard to meet the high expectations of a passionate fan base, create the best games and entertainment and drive technical innovation. As we continue forward, this renewed focus and mission will be a foundational part of how I lead the Xbox program.”

Spencer will fill the void left by former Xbox Chief Product Officer Marc Whitten, who left the company earlier this month. He will report to Terry Myerson, Microsoft’s executive vice-president of operating systems, “allowing us to keep gaming close to the group developing operating systems across devices.”

8 DC Characters That Deserve Their Own Movie