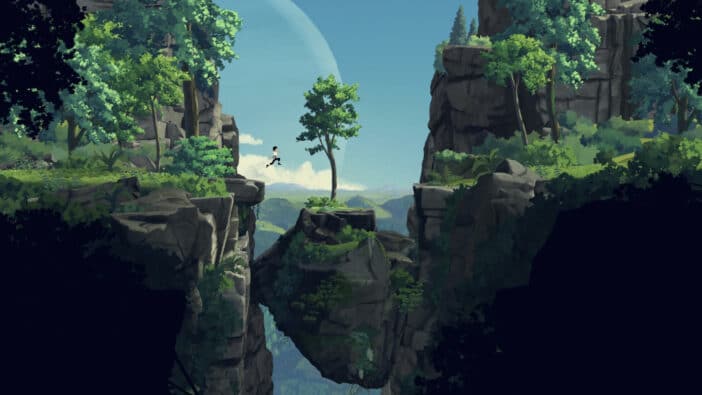 Thunderful Publishing and developer Wishfully Studios have shared a gameplay trailer for cinematic puzzle adventure Planet of Lana, which is coming to Xbox One, Xbox Series X | S, and PC via Steam and Windows in late 2022. Just like with previous looks at the game, the visuals on display are so gorgeous that it looks like a painting in motion. Particularly, the Planet of Lana gameplay trailer shows off some lush forests, an empty desert, an ominous cave, and a lake under siege.

It also shows off all the game mechanics you would expect from this type of sidescroller — running, jumping over gaps, hiding in the grass to avoid detection, snipping rope to make bridges. Protagonist Lana and her cat companion Mui will work as a team to make progress and evade various scary robots and cave creatures, and puzzles will contain “diverse challenges and quirky twists.” As the game and the story unfold, there is a war going on around Lana, but Lana isn’t part of it — she’s just trying to save her sister from something.

This game has been in the works for a few years now. The Escapist interviewed Wishfully Studios about Planet of Lana, its visuals, and its gameplay back in 2019.