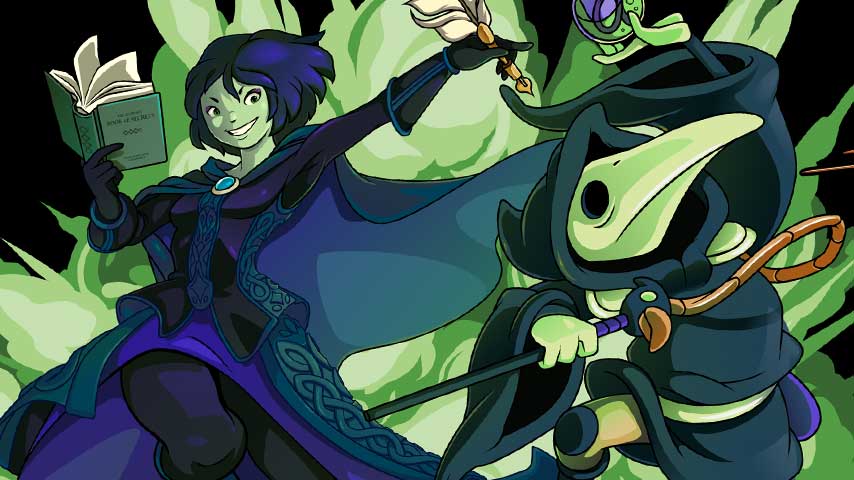 Shovel Knight‘s latest update includes the fiendish Plague Knight as a playable character. Normally the alchemical mastermind isn’t available until after you’ve completed the main game. But, for those wanting to skip ahead, it’s possible to input old-school cheat codes to unlock Plague Knight and his challenge mode.

The new ‘Plague of Shadows’ adventure puts you in control of the devious potion-throwing Plague Knight. The update is free across all platforms, and Plague Knight faces many familiar challenges in the Shovel Knight world. The levels might be familiar, but the challenges are going to be completely different, designed specifically for the Plague Knight’s moveset. We’re getting ahead of ourselves, first you’re going to want to unlock the adventure with the cheats below.

There’s another way — input the cheat codes below to instantly unlock both modes.

Input the codes on the Title Screen

To play ‘Plague of Shadows’, create a new profile and select ‘Plague Knight’ in the Character Select menu.

About ‘Plague of Shadows’

Instead of a shovel, Plague Knight uses a variety of bombs to fight or traverse the environment. Holding the attack button charges the ‘Bomb Burst’ that launches Plague Knight in all four cardinal directions.

He comes equipped with health potions that can add health points or revive lost hearts, but with a limited supply you’ll need to carefully manage those tough encounters.

Make sure to check out the Sub-Menu and alter your bombs — change trajectories, explosive powers and more by swapping through the three bomb components. The Plague Knight has his own HQ with special vendors where he can trade coins for new powers.

Plague Knight’s adventure looks like a hefty addition to the charming Shovel Knight world. Let us know what you think about Plague Knight in the comments.