Taco News Network is where Buzzfeed goes to get sources for its Top Ten Lists. It’s where Rush Limbaugh and Keith Olbermann come to discuss topics for their shows. It’s where nightly news becomes nicotine for the everyman. We dig to find the truth where none may be and bring it out of the murk to you for your intellectual pleasure. 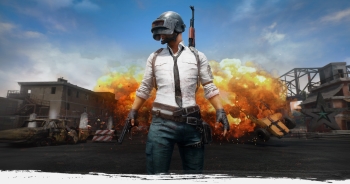 After firing the first shots, PlayerUnknown’s Battlegrounds developer Bluehole has challenged Epic Games to real battle royale combat to determine who will remain at the top of the leaderboard of the massive multiplayer battle arena genre.

The proposed game is simple: 50 employees of each company will fight to the death until one remains. Contestants will have weapons ranging from an empty soda can to a working replica of the Gears of War chaingun.The winning company will then get to keep their game while the other must take their game off the market and delete the source code.

“I think we’ve got a better chance than most give us credit for. Most of our staff have been trained to survive out in the wild if there was ever an apocalyptic event. I’ve never eaten the flesh of another man before but you bet your ass I’d do it for an event like this,” said Fortnite director Darren Sugg.

Cliff Bleszinski, former design director at Epic, was unable to comment whether or not he would be able to be a participant. He has however tried to promote Lawbreakers during this ordeal, hoping to net a total of four new players to their player count.