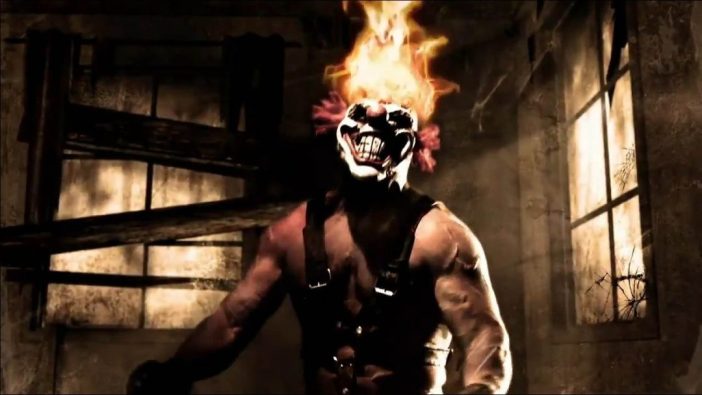 PlayStation is entering the movie business. According to the Hollywood Reporter, Sony Interactive Entertainment has unveiled PlayStation Productions. It’s a movie studio, headed by Asad Qizilbash and overseen by SIE chairman of Worldwide Studios Shawn Layden, that intends to adapt its vast library of titles into feature films and television shows. The studio has already begun production on several projects which will be distributed by Sony Pictures. Most of these projects are unannounced with the exception of a Twisted Metal TV series which was confirmed in an investor relations meeting via IGN.

With a massive war chest of cinematic, character and story focused properties, a new TV and film studio is a logical expansion of the PlayStation business. Whether it’s God of War or Jak and Daxter, the PlayStation library lends itself to adaptation into new mediums.

“We’ve got 25 years of game development experience and that’s created 25 years of great games, franchises, and stories,” Layden told The Hollywood Reporter. “We feel that now is a good time to look at other media opportunities across streaming or film or television to give our worlds life in another spectrum.”

It’s a legacy Sony wants to keep intact. PlayStation Productions was created in part to keep live-action film adaptations of Sony’s game properties under the supervision of the people who understand them best. Even though Sony already owns Sony Pictures, the company wanted a brand specific entity akin to Marvel Studios. “We created this entity to manage and control the process of getting the right director, the right actors, [and] the right screenwriter,” Qizilbash told the Hollywood Reporter.

“We looked at what Marvel has done in taking the world of comic books and making it into the biggest thing in the film world,” says Layden. “It would be a lofty goal to say we’re following in their footsteps, but certainly we’re taking inspiration from that.”

PlayStation Productions will aspire to have Marvel Studios-style quality as well. “We don’t have to rush to market,” says Layden. “We don’t have a list of ‘X number of titles must be done in this year.’ None of that. [Sony Pictures] has been very accommodating to our ambition around this, to grow this in a measured, thoughtful way.”

Layden’s careful enthusiasm is the right approach for Sony as a whole. Even beyond how Sony wants to scrub its soul clean from the cinematic debacle that is the Heavenly Sword movie, the console and television manufacturer needs to expand its entertainment division. The biggest tech trend is services over hardware. That’s manifesting in the video game industry with game subscription services like Microsoft’s Project xCloud, Google Stadia, Apple Arcade, and Sony’s own PlayStation Now. PlayStation Productions allows Sony to build-up a content library of movies and TV shows based on recognizable video game characters that the company already owns. Sony just has to capitalize.

“This is a passion project for me,” says Layden. “To be the first gaming entity to do something lasting and meaningful in a completely different medium is something I’d like to see us achieve.”

With any luck, we’ll be watching the inspirational story of a rhyme spitting dog rising to stardom in PaRappa The Rapper: The Movie soon.