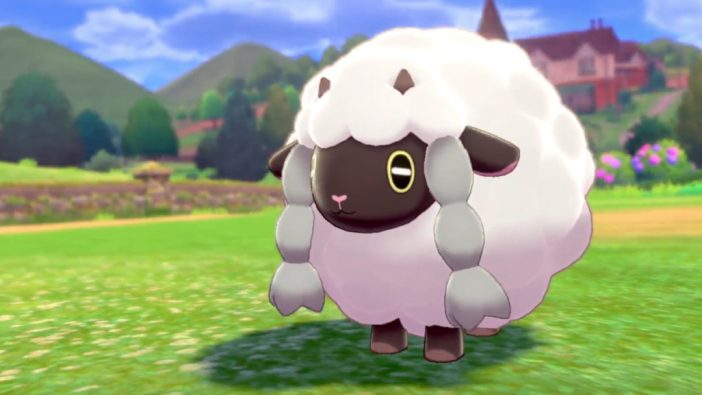 Nintendo has released a new Pokémon Direct detailing some of the features and creatures in the upcoming Pokémon Sword and Pokémon Shield.

Among the upcoming titles’ new twists on the series formula is the Wild Area, an expansive zone that will stretch between the games’ cities, where Pokémon will wander freely rather than being constrained to tall grass. Sword and Shield will still feature the series’ traditional “spaghetti and meatballs” world design, in which towns are connected by numbered routes, but this Wild Area suggests the series is flirting with a more open concept world map, perhaps inspired by Switch ultra-hit The Legend of Zelda: Breath of the Wild.

Also revealed was the new battle technique Dynamaxing, which can be used to make your Pokémon really big, breaking with the series tradition of having Pokémon just be a normal size all the time. Dynamaxing a Pokémon will upgrade its battle moves for three turns, making this mechanic a powerful but temporary boost similar to X and Y’s Mega Evolutions and Sun and Moon’s Z-Moves. The Wild Area will also feature wild Dynamaxed Pokémon, who will need to be taken down in multiplayer raid battles.

The real star of the show though was Sword and Shield’s setting, the U.K.-inspired Galar region. Pokémon regions have always drawn inspiration from real-world locations, and as the series has gone on it’s grown more expressive with and celebratory of its influences. In Pokémon Black and White’s New York-inspired Unova region trainers get into scraps on the subway; fashion and history dominate people’s lives in X and Y’s Parisian Kalos region; and Sun and Moon’s Hawaiian influences shape its whole cultural landscape, not just its geography.

The new Galar region further expands on this trend of turning the Pokémon series into fictionalized digital tourism. Throughout the new Pokémon Direct there are several references to the culture and lifestyle of the Galar region, which resembles traditional U.K. pastoral life to a charming degree. The newly revealed sheep-like Pokémon Wooloo has soft wool that is “treasured by weavers … who use it to craft popular specialty goods.” If this new region has an equivalent to the Outer Hebrides, the Aran Islands, or Fair Isle, where hardy wool is spun into distinctive Harris Tweed and tourism-friendly traditional sweaters, I will go ape wild. Fair Isle sweaters are beautiful enough even when they’re just made from regular old dumbass Earth sheep, so one made from sheared Pokémon wool would be absolutely incredible.

The aforementioned Wild Area, with its towering aqueducts, closely resembles Somerset, a county in the south of England where ancient Roman structures can still be found, especially in the city of Bath. Not to mention that the region’s gym battles take place in massive soccer stadiums and are a popular national pastime. If Galar’s gym battles have Poké-football hooligans who jeer at trainers from the stands between swigs of Bovril, then the resemblance to the real thing will be truly uncanny.

Pokémon Sword and Shield will be released worldwide on November 15.