The amount of players paying for in-game purchases in Pokemon GO has dropped considerably.

Pokemon GO was somewhat of a phenomenon, blowing up all over the world and re-igniting that “gotta catch ’em all” spark we haven’t seen since the 90s. But is the fad already waning? Last month we reported that it had lost 15 million active users and now, a report from Slice Intelligence claims that the game’s paying population is down a massive 79%. What’s even more surprising is that despite this, Pokemon GO is still the most profitable mobile game by a considerable margin. 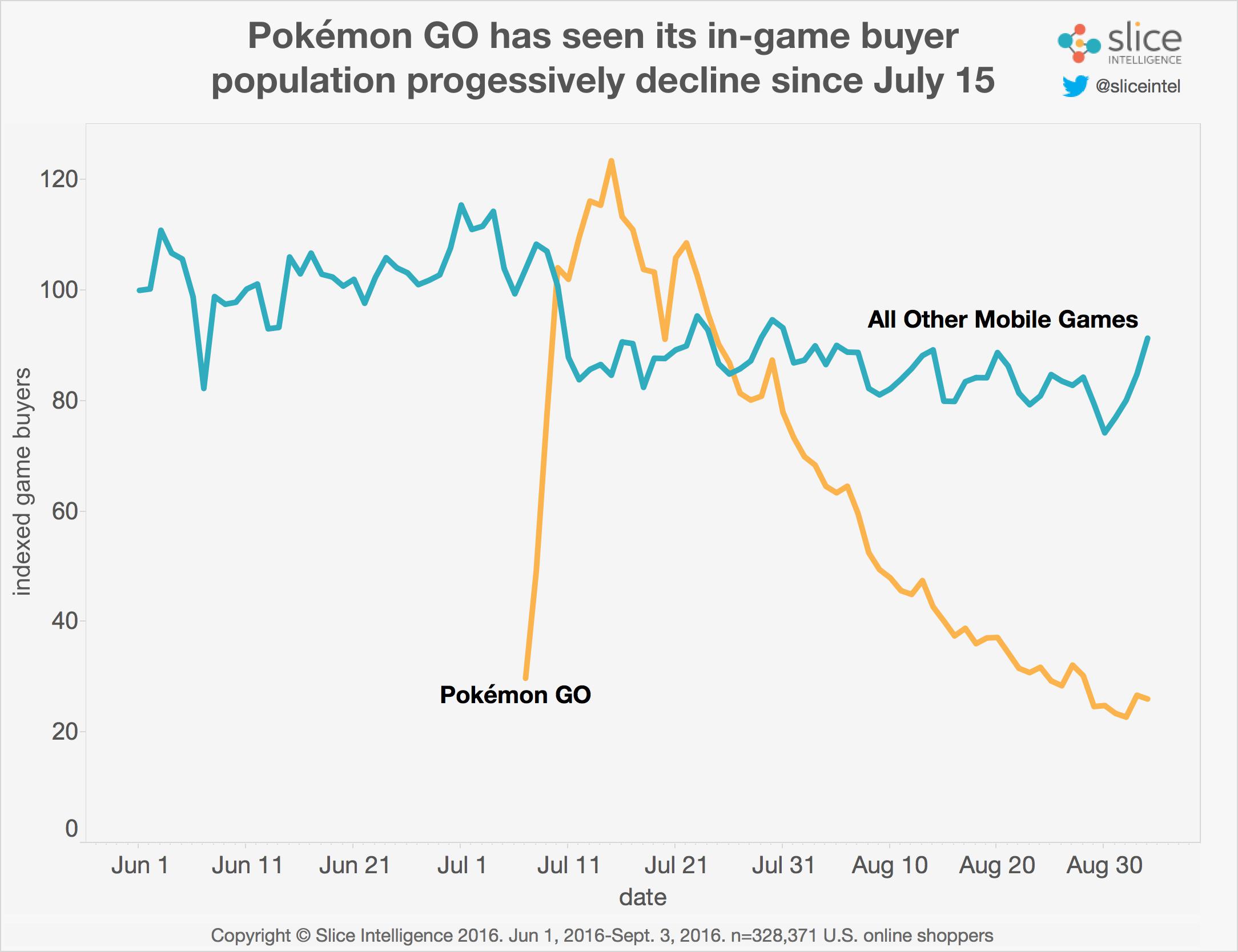 Then, have a look at this revenue chart, which shows Pokemon GO making over six times the money that the second highest game, Candy Crush Saga makes: 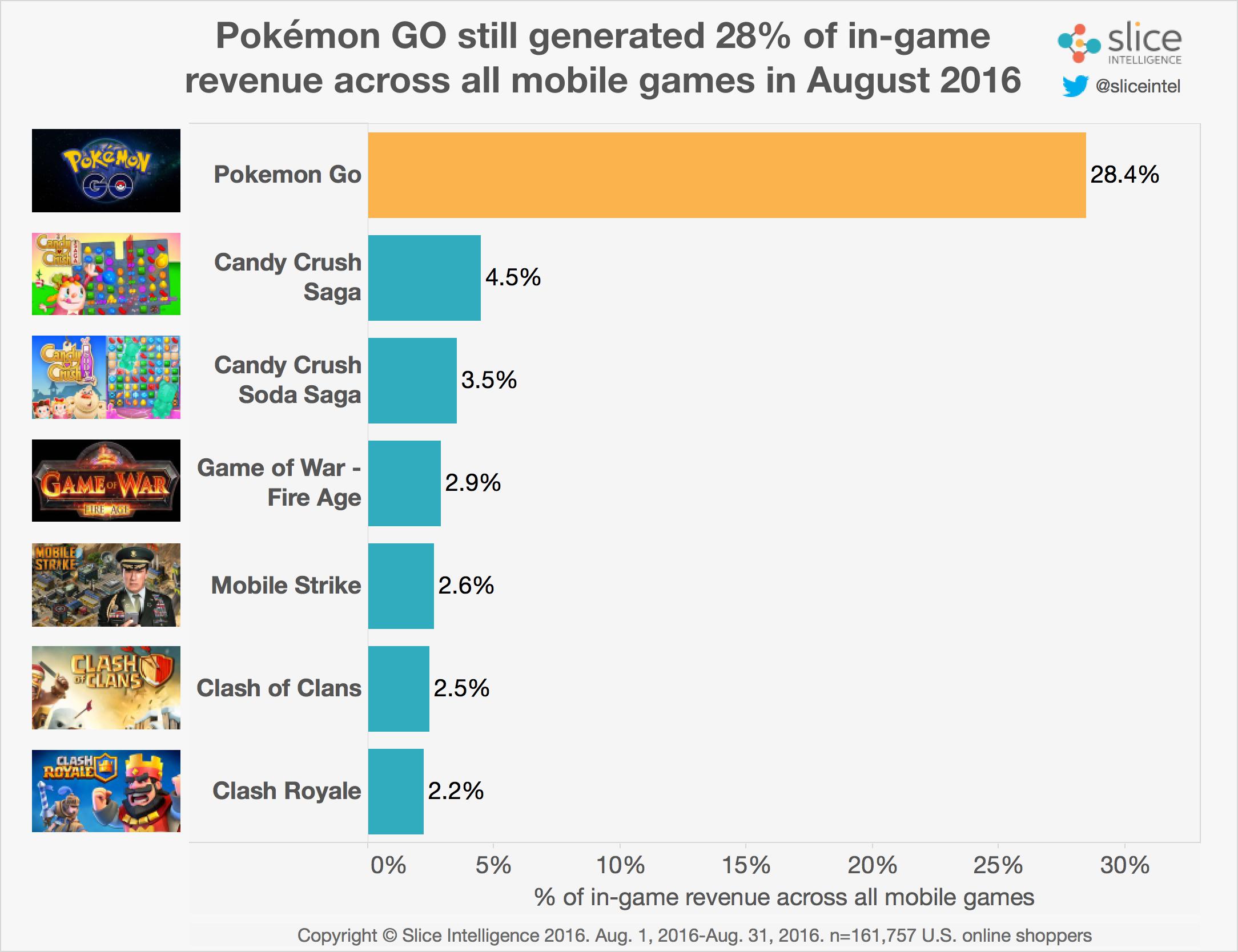 This is very interesting, and supports the “whale” theory of free-to-play mobile games. Essentially, a very small portion of a mobile game’s playerbase spends an inordinate amount of money on the game, which is what generates the majority of its profits. As the paying playerbase has dropped considerably, but the game is still making bank, this is a reasonable explanation.

Slice gets its data from e-receipts – not a browser, app or software installed by the end-user – so its measurement reflects comprehensive shopping behavior across multiple devices, over time which are key in an increasingly omnichannel retail world. Slice Intelligence is the exclusive e-commerce data provider for the NPD’s Checkout Tracking e-commerce service.

The Escapist at Tokyo Game Show