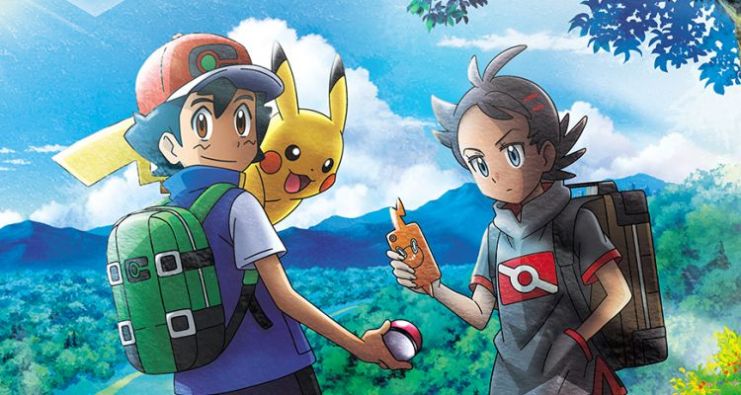 Netflix has signed a deal with The Pokémon Company that will see the English version of Pokémon Journeys: The Series streaming exclusively on its platform. Set to premiere on June 12, Pokémon fans will initially be treated to 12 episodes to watch with more rolling out quarterly as the show progresses.

Netflix and The Pokémon Company provided a description for the upcoming season:

Pokémon Trainer Ash Ketchum has a new plan: see the world! But first, he and his partner Pikachu are headed to the opening of the Cerise Laboratory, a research facility dedicated to uncovering the mysteries of Pokémon in every region. Ash meets Goh, another boy with boundless curiosity about Pokémon, and both are overjoyed when Professor Cerise asks them to become official research fellows. With Ash as determined as ever to become a Pokémon Master, and Goh aiming to catch one of every Pokémon (including the Mythical Mew), our heroes are in for adventure and excitement as they explore the wide world of Pokémon! “Pokémon Journeys: The Series” arrives June 12, only on Netflix!

More Pokémon-related Netflix content shouldn’t come as much of a surprise considering Pokémon: Mewtwo Strikes Back—Evolution, a remake of the series’s first feature-length film, came to the platform not long ago.

Pokémon Journeys is the Pokémon animated series’s 23rd season, marking more than 20 years of episodes. However, Pokémon Journeys’ production is currently facing delays in Japan due to the effects of the coronavirus pandemic. How the delay will affect the show’s release in the U.S. is unclear.

Meanwhile, the video game side of Pokémon is still going strong, with its next outing coming in the form of DLC to pair with Pokémon Sword and Shield.