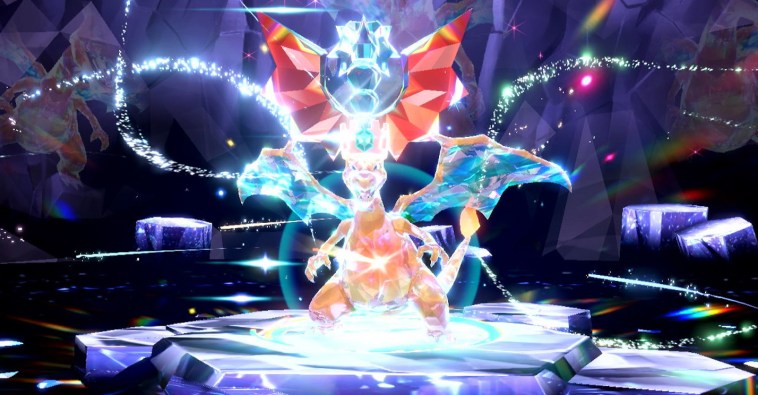 While Pokémon has undergone some changes over the years, one of the largest is to its difficulty curve. Many earlier titles have sharp teeth, tremendous difficulty spikes, and some borderline unfair sections, probably partially due to developer inexperience. However, recent titles have added more ways to train your Pokémon, introduced new types and moves to create more balance, or generally made the games easier. You’d be hard-pressed to hit many walls in Pokémon Sword and Shield until at least the last few Gyms. And with a larger world with more to do, getting around those walls was less of an issue.

However, the newest entries in the Pokémon franchise take that concept to the extreme, with differing results. Pokémon Legends: Arceus and Pokémon Scarlet and Violet have open worlds, and it lends a feeling of unpredictability to their difficulty. Before, a sudden Pokémon fight could set you back hours of progress, but you always knew where to go next and what to expect and could prepare accordingly. Pokémon Scarlet and Violet have sacrificed that predictability — or learnability — for a vast, non-linear experience that they insist has a critical path you can deviate from at almost any time. As such, it’s easy to get lost and find yourself facing down Pokémon near level 30 when most of your team is in their middle teens.

This means that these games aren’t difficult because of the surprises the tough trainers have in store, but because you might enter an area far beyond what you can handle. That’s not to say there aren’t genuinely challenging fights, because many of the later Gyms — Psychic and Ice, in particular — have teams custom-built to take down the unprepared. The Normal Gym can also be something of a wall, as it’s the last one you’ll face before a giant spike in the levels of Pokémon you’ll need to fight.

That spike happens constantly in Pokémon Scarlet and Violet. The southern regions of Paldea do a good enough job of keeping opponent Pokémon levels constrained, but once the game opens up with the ability to swim, all bets are off. Whom you can fight and how strong they are begins to vary wildly — and in some cases seems to have no bearing on where you are in the game. 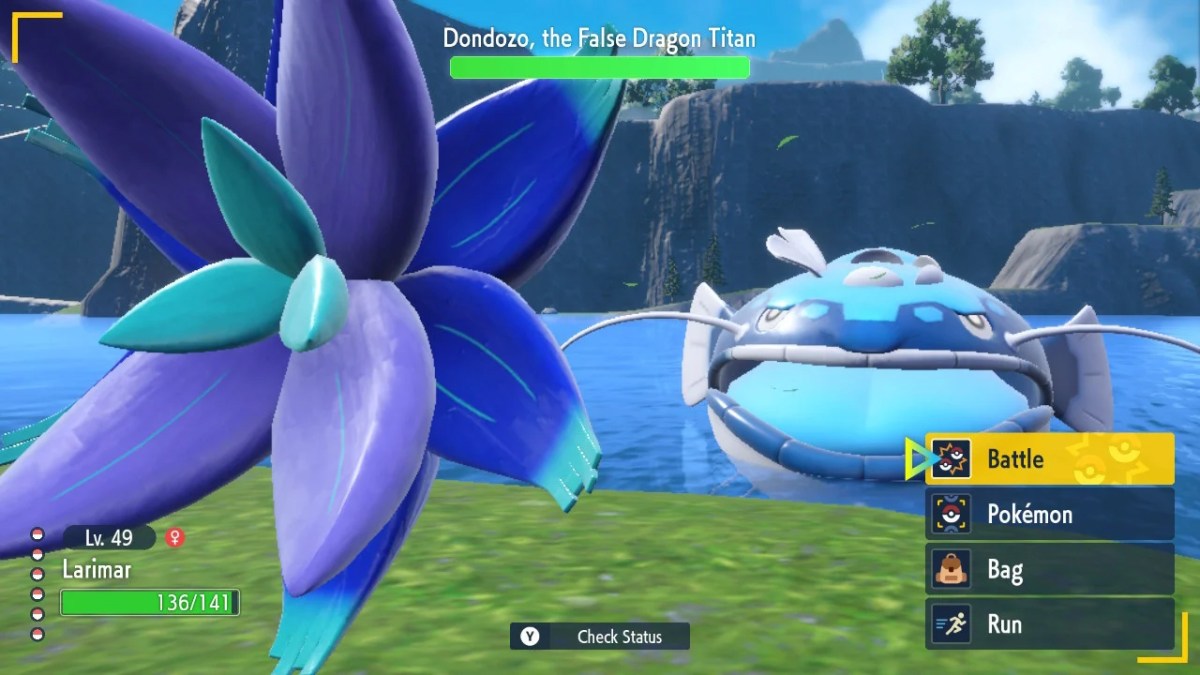 See, Pokémon Scarlet and Violet run into the same problem games like Elden Ring or The Witcher 3 do, locking areas of the map not behind a specific item or another progression-blocking mechanic, but instead behind a damage gate. If you go somewhere you aren’t “meant” to reach yet, the enemies you fight will swiftly hand you your ass. Of course, you don’t have to fight anything if you don’t want to, but unlike in a Souls game or The Witcher, running away from a Pokémon fight you aren’t ready for can be a much bigger ask.

Worse, there is no way to know whether the next Gym, Titan Pokémon, or Team Star base you want to take on will be anywhere near your level or if it will smash you into the ground. The discourse around quest logs aside, Scarlet and Violet could use some demarcation of where the Pokémon levels increase or decrease beyond “you can’t get here without a specific ability.” As it stands, you’re liable to spend hours running into difficulty spike after difficulty spike with no guidance on which way is the right one.

For some players, that kind of trial by fire is ideal, and I count myself among them. I don’t want my games to pull their punches, and Scarlet and Violet certainly don’t. The trouble is how scattershot the difficulty can be, at least from an open-world perspective. The Gyms, as mentioned, can be challenging, but they’re by far the most even when it comes to difficulty. Where other Pokémon trainers and wild ‘mons will be somewhat intelligent about how they fight you, a Gym Leader’s team is built to deal with as many weaknesses as possible. When a Leader’s Pokémon can’t directly deal with one of yours, they’ll still have attacks and strategies to take out most team members through sheer damage.

Even knowing that a Gym Leader’s final Pokémon — their “ace” — will Terastallize into a specific type only gives you an advantage if your team is properly leveled and can field a type advantage. The damage bonus Terastallizing provides can be enough to take out all six Pokémon in your squad if you can’t properly counter it. 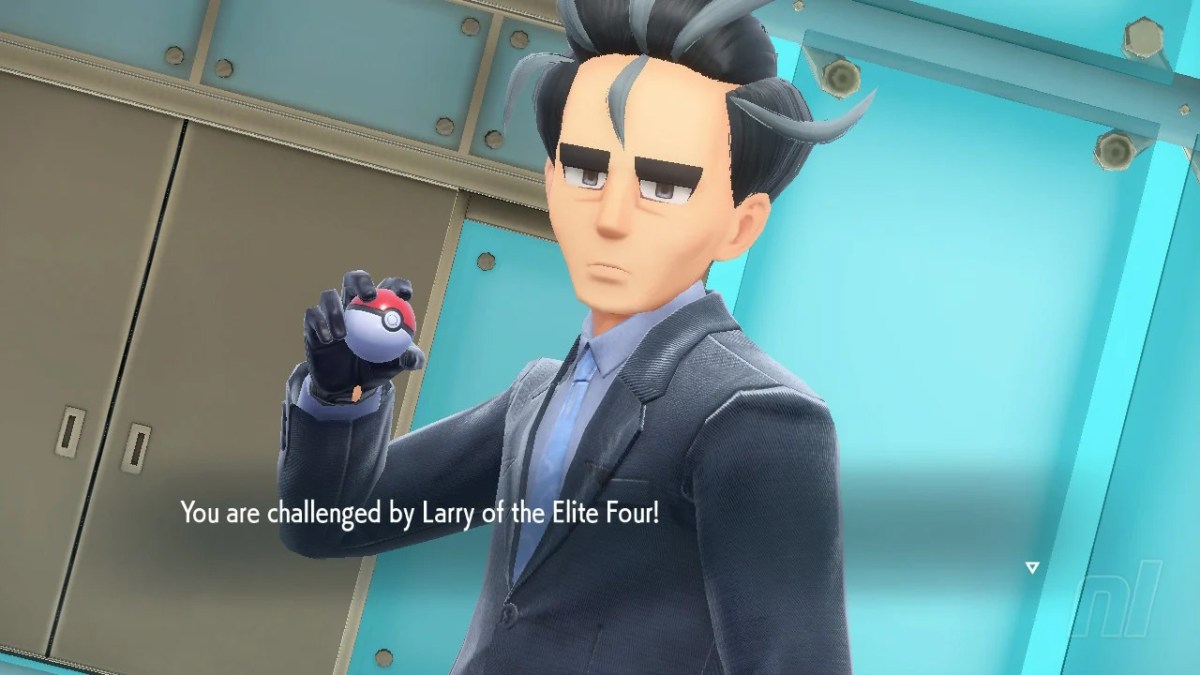 The same is true for many endgame fights against the Elite Four and other strong NPC trainers. They are outfitted with teams designed to challenge the best-equipped players. The endgame fights are higher-level than the main game’s. While I cultivated my Pokémon to deal with almost any specialty, the tactics of the game’s hardest battles pushed my Pokémon to their limits.

On the flip side, some people I know are finding themselves out-leveling the game, regardless of how sooner or later they encounter something. In Pokémon, even a type disadvantage disappears when you have 20 levels on your opponent. Such a difference is expected in a non-linear game where the whole map is available within a few hours. Though many players will undoubtedly try to find and follow the much harder critical path, exploring your way to being overpowered is a perfectly acceptable way to play.

Don’t mistake the inconsistent and sometimes frustrating difficulty for lack of quality in other areas. Pokémon Scarlet and Violet have one of the most personal and touching (if a little predictable and camp at times) stories in the series. The new Pokémon you can find are all unique enough to warrant capture, and some of the quality-of-life features make the game much more enjoyable than it would be otherwise. Thankfully the performance issues don’t impact the challenge of the trainer or wild Pokémon fights, though it does get in the way of the game on a more general level.

Playing the latest in the Pokémon franchise is something of a mixed bag. On the one hand, neither its critical path nor difficulty curve follows a logical progression, and when it does get hard, it hits like a truck. On the other hand, it’s a Pokémon game that shows how rewarding it is to overcome what might seem like impossible odds with a well-built team and a bit of knowledge. I personally think the series should return to its more linear roots, as that way, the games can be hard without sacrificing their tight design on the altar of the open world. 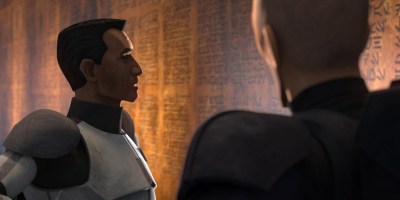