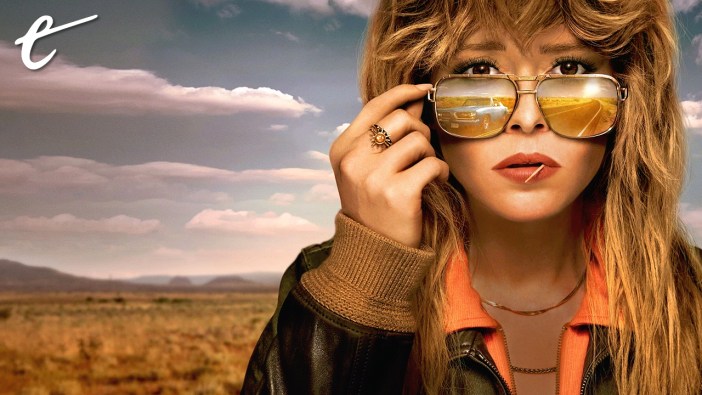 This discussion and review contains minor spoilers for Poker Face, the new Rian Johnson series that premieres in streaming on Peacock January 26.

Poker Face arrives on Peacock as a love letter to old-fashioned episodic television, as well as to the conventions of 1970s American storytelling. It’s an affectionate throwback to an underappreciated era of American television, but one that speaks to the present moment.

Poker Face is a mystery series created by Rian Johnson. Johnson is fascinated by the contours and the structure of such stories. His first feature, Brick, was a film noir detective story set at a high school. More recently, Johnson has enjoyed success with the back-to-back Benoit Blanc mysteries, Knives Out and Glass Onion: A Knives Out Mystery. While Johnson has worked in television before, notably directing key episodes of Breaking Bad, it makes sense the first show he created would be a murder mystery series.

Poker Face tells the story of Charlie Cale (Natasha Lyonne). Cale is introduced in the premiere, “Dead Man’s Hand,” as a cocktail waitress working at a mid-tier Las Vegas casino. However, Charlie has a unique gift. She is a human lie detector. She can instinctively spot deception and will readily call “bullshit” on a bluff. Poker Face wisely avoids getting too deep into the mechanics of this skill. In her own words, she can tell “just that something is off, that’s the best way to describe it.”

In her reckless youth, Charlie used that skill to hustle local poker games, demonstrating “an almost supernatural infallibility” to tell when her opponent was bluffing. Inevitably, without delving into specific plot beats, that gift has other more useful applications when it comes to solving murders. By the end of the premiere, Charlie finds herself on the road, journeying across America, stumbling into a new adventure with a new cast in a new location every episode. Poker Face adopts the structure of Columbo, one of the classics of American television. Unsurprisingly, Johnson apparently watched “all of Columbo in the pandemic.” This means that Poker Face is less of a “whodunnit” and more of a “howdunnit.” Unlike the withholding mysteries of Knives Out and Glass Onion, each episode opens by showing the audience the commission of a crime, including the guilty party. The show’s tension derives from how Charlie will prove the crime.

It’s a neat dramatic hook because it has the benefit of foregrounding the episode’s central guest star. It is fun to spend a two-and-a-bit-hour movie with a star-studded murderers’ row of potential criminals, but the confines of a 40-minute episode of television demand a tighter focus. As such, the early reveal of both crime and criminal allows each episode to give Lyonne compelling on-screen antagonists: Adrien Brody, Benjamin Bratt, Lil Rel Howery, Chloe Sevigny, Judith Light, and so on.

There are other echoes of Columbo to be found in Poker Face. The first regular episode of Columbo, “Murder by the Book,” was directed by none other than Steven Spielberg, who set a suitably cinematic aesthetic for the television detective. Johnson directs “Dead Man’s Hand,” the premiere of Poker Face, and brings many of his long-term collaborators with him, from cinematographer Steve Yedlin to editor Bob Ducsay to his cousin composer Nathan Johnson.

These personnel have worked consistently with Johnson across his career, on projects of all shapes and sizes. Yedlin and Ducsay even worked with Johnson on Star Wars: The Last Jedi, one of the biggest franchise films in Hollywood history. As such, there’s an impressive level of technical craft on display. Although Poker Face obviously evokes the language and grammar of classic episodic television, Johnson ensures that the show looks gorgeous. Yedlin shoots “Dead Man’s Hand” in a style that evokes the cinema of the 1970s, particularly Gordon Willis’ work on The Godfather trilogy. It’s a world of silhouettes and contrasts, shot in a golden hue that suggests decadence and corruption. Although that production team scale back their involvement after the premiere, they set a tone that informs the rest of the show. Poker Face is set in the modern day, but it exists in conversation with that era of Hollywood production.

That influence extends beyond the premise’s debt to Columbo. Although the premiere sets up a recurring plot thread tying Charlie back to a sinister casino magnate (Ron Perlman), the individual episodes are decidedly self-contained. Charlie wanders into a new status quo each week, grapples with a murder most foul, and then continues on her way in her mostly reliable ’69 Plymouth Barracuda. It’s an old model of television production, but a reliable one.

She’s a wandering hero, in the grand tradition of classic American folklore, and typified by classic American weekly television series in the era before serialization transformed seasons into “ten-hour movies.” As played with Lyonne’s trademark easy charisma, Charlie is a spiritual descendent of Caine (David Carradine) from Kung Fu, a character who gets namechecked twice in “Dead Man’s Hand,” once as a secondary antagonist (Eddie Gorodetsky) and again in a clip from Pulp Fiction.

Caine is perhaps the most obvious example, but Poker Face positions Charlie as part of a long line of nomadic television heroes that includes Richard Kimble (David Janssen) from The Fugitive, David Banner (Bill Bixby) from The Incredible Hulk, and even James Bronson (Michael Parks) from Then Came Bronson. Befitting the modern era, Poker Face shares those ’60s and ’70s shows’ skepticism about the establishment. Charlie is not a cop, but her arrival heralds something resembling justice. 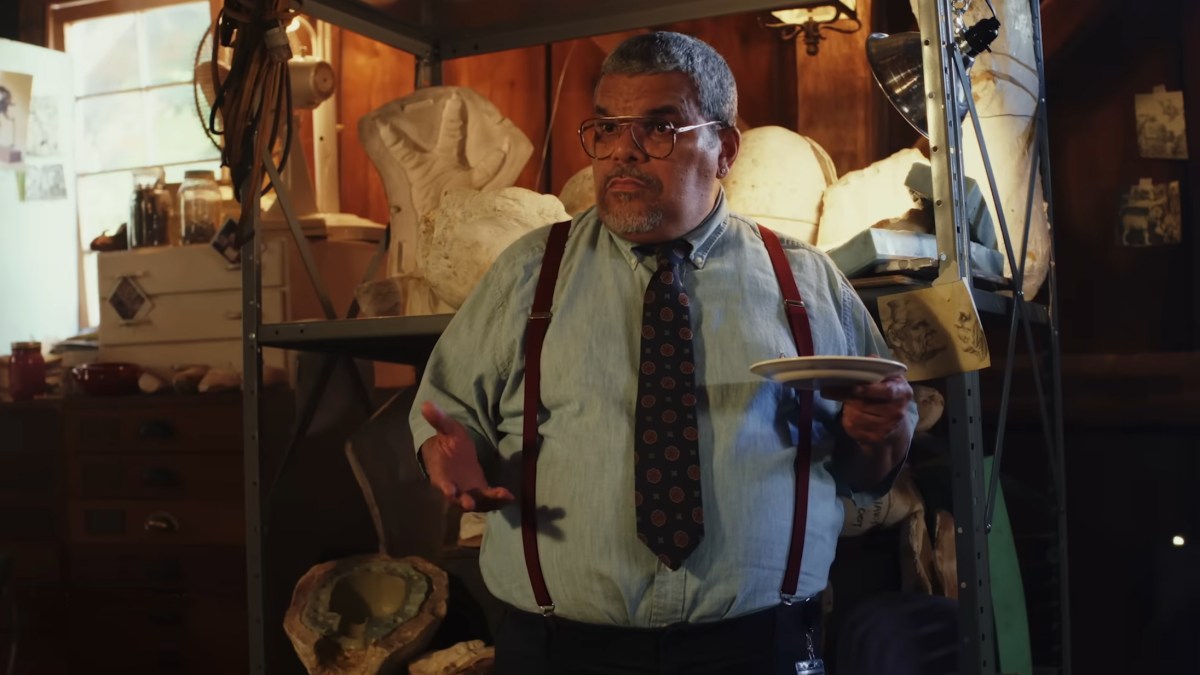 Of course, it is too easy to frame Poker Face as a throwback to an older era of television, to present it as something inherently nostalgic and backwards-looking, a companion piece to the recursive nostalgia of something like That ’90s Show. That does the show a disservice. Indeed, episodes like “Rest in Metal,” “The Time of the Monkey,” and “Exit Stage Death” are explicitly about the dangers of romanticizing and fetishizing an idealized past. Poker Face is doing something more interesting.

Poker Face uses that classic template of television storytelling to capture a version of America that is rarely seen on mainstream prestige film and television, without being sensationalized or exaggerated for dramatic effect. The show’s second episode, “The Night Shift,” focuses on a truck stop and on the simmering resentment that can take root for those trapped in such a transient space. The third episode, “The Stall,” takes place at a family-run Texas barbecue business.

Like both Knives Out and Glass Onion, Poker Face is fascinated by the idea of class in America. It’s also engaged with how greed exerts a sinister gravity. More than that though, there’s an abiding humanism and empathy to Poker Face. The show’s structure, with Charlie meeting a new cast of characters each week, is built around an inherent curiosity about other people and how they live. Charlie’s gift isn’t rooted in cold and objective analysis, but in her understanding of individuals. 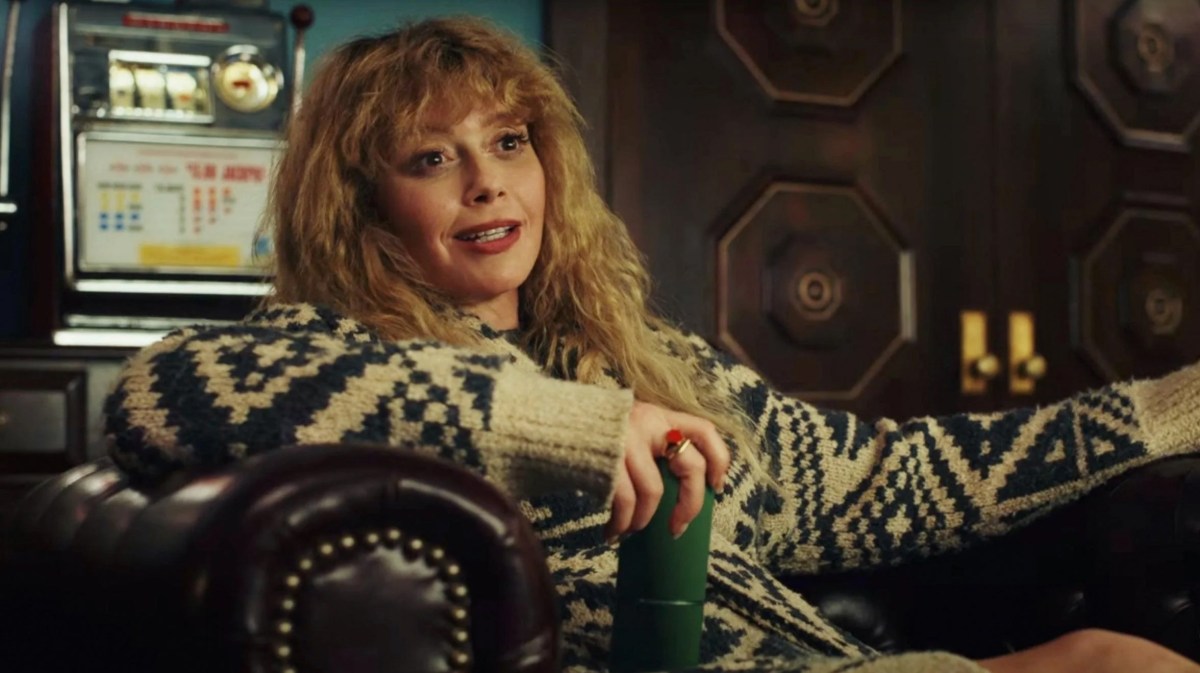 On a more basic level, Poker Face is just fun. It’s playful and charming. It is character-driven and engaging. Lyonne is a compelling lead presence, but she’s also an actor who projects an innate sense of empathy. Since it’s fun to spend time with Lyonne, it’s fun to hang out with Charlie, and the central hook of Poker Face is that each and every episode Charlie meets a new bunch of characters that she likes to hang out with.

The scripts are smart and the murder mysteries are compelling. The structure of the episodes lends an interesting tension to the crime; the more careful and meticulous the murder is, the more watertight the alibi and the more foolproof the scheme, the harder it becomes for Charlie to solve. Poker Face takes a great deal of pleasure in crafting its cases of the week, and it helps that Johnson has assembled a murderers’ row of guest… well, murderers.

In a television season that already looks very promising, it’s worth placing a bet on Poker Face.